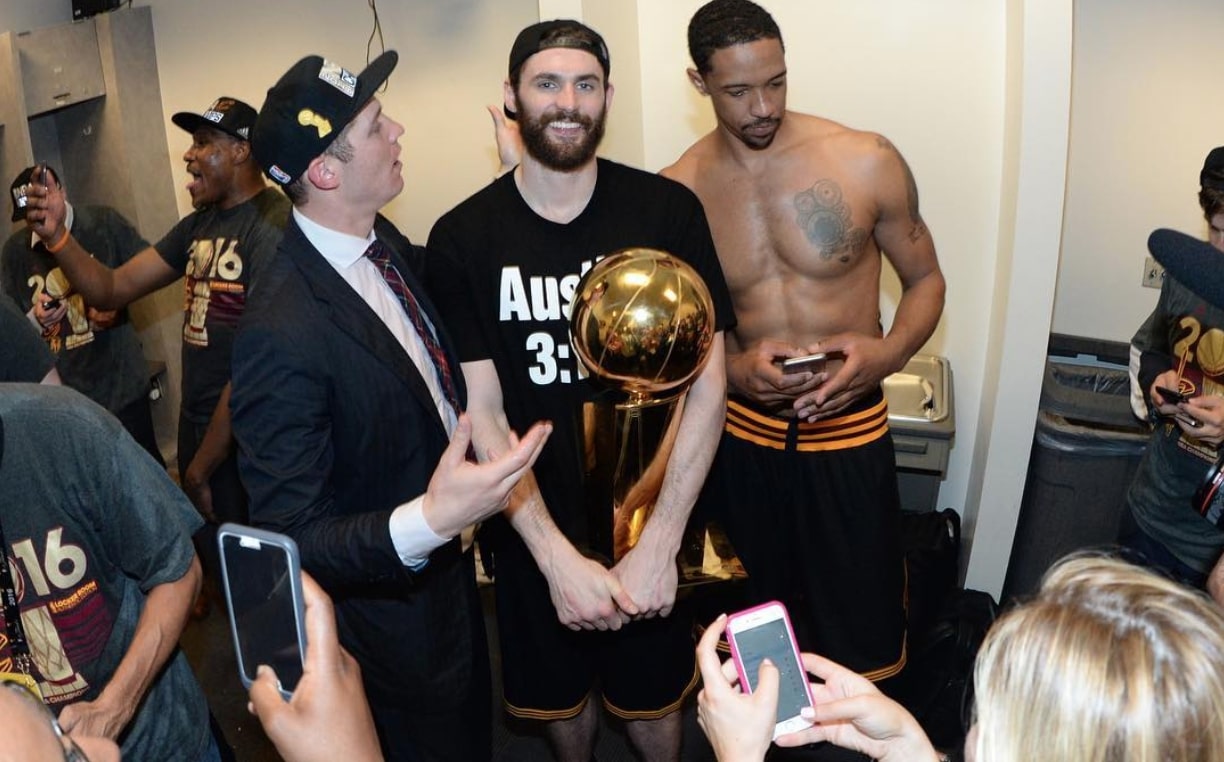 With less than a week left in the 13-year career of the Cleveland Cavaliers’ Channing Frye, plenty of emotions are swirling inside of him.

Prior to what will be his final road game ever on Friday night, Frye used social media to express his thoughts on the significance of the event.

Man! My guys it’s been a amazing ride! Last road game ever. Mixed emotions but most of them good. I’m humbled by the opportunity to have done this and battled against the best at their best. I’m gonna miss my coaches n teammates (except for @kevinlove because he’s watching me write this) thanks for the boos and the cheers. Lastly does anyone need their cloths washed because my abs was poppin!

The opponent in that final road clash will be the Golden State Warriors, a team that before this year had been the Cavaliers’ main rival over the previous four seasons.

Frye’s photo in the message commemorates undoubtedly the most memorable aspect of his career as well as the Cavaliers’: coming back from a 3-1 deficit in the 2016 Finals to defeat the Warriors.

Frye’s engaging personality has made him a popular teammate throughout his career, which has seen him play with six different teams. His career statistical numbers are modest, yet his unique perspective allows him to look at things in a positive manner. That’s due to him having missed the entire 2012-13 season because of an enlarged heart.

In recent years, the 35-year-old Frye’s playing time has diminished, with family obligations now likely taking precedence. However, before his retirement begins, he has the Warriors game, followed by home clashes against San Antonio on Sunday night and Charlotte in the season finale.