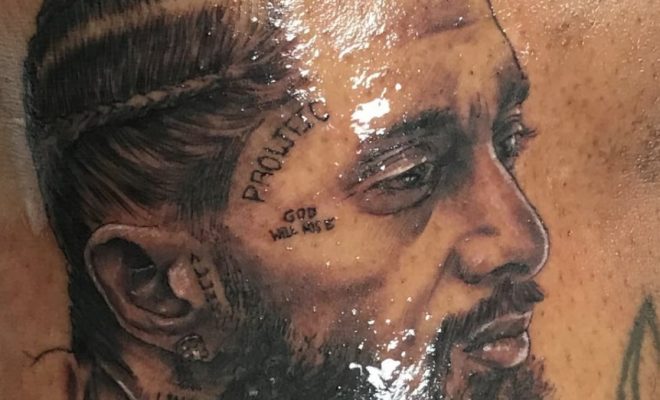 By now, most basketball fans are well aware of how many close friends the late rapper Nipsey Hussle (born Ermias Asghedom) had in the NBA.

Stars from Stephen Curry to LeBron James to Cleveland Cavaliers guard Jordan Clarkson all spoke out about the death of the Los Angeles rapper who was killed in a shooting over the weekend.

The latest NBA star to honor Asghedom’s memory is shooting guard J.R. Smith, who added to his extensive tattoo collection with a picture of the rapper’s likeness.

Asghedom was a hero to so many not only because of his incredible musical talent, but also because of his dedication to the growth of his own community and the people inside of it.

The impact that Asghedom so clearly had on the people who knew him speaks volumes about his own character.

It’s good to see that Smith is doing his small part to try to keep the rapper’s legacy alive now that he is no longer with us.