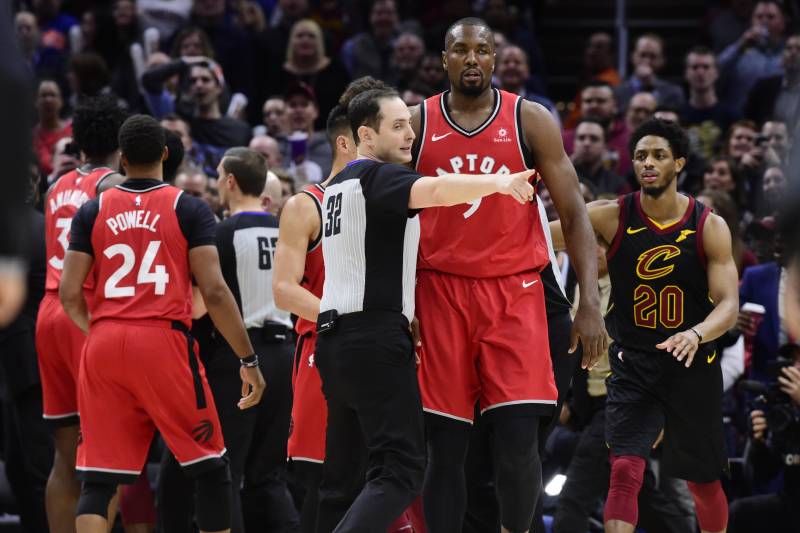 A fight broke out between Marquese Chriss and Serge Ibaka during Monday night’s game between the Cleveland Cavaliers and Toronto Raptors.

On Tuesday afternoon, suspensions for both players were handed down by the NBA.

Sources: Toronto’s Serge Ibaka has been suspended three games by NBA for altercation with Cleveland’s Marquese Chriss. Chriss was suspended one game.

It makes perfect sense that Ibaka gets the much larger suspension, but it is somewhat questionable why Chriss should miss any time.

After all, from the video it seems clear that he was primarily defending himself.

Either way, it is good that both Chriss and Ibaka now know what punishments they will have to serve to put the ugly fight in their past.

As for the Cavs, they’ll be without Chriss for tonight’s game versus the Philadelphia 76ers as they look to win a second game in a row against a playoff-caliber opponent.