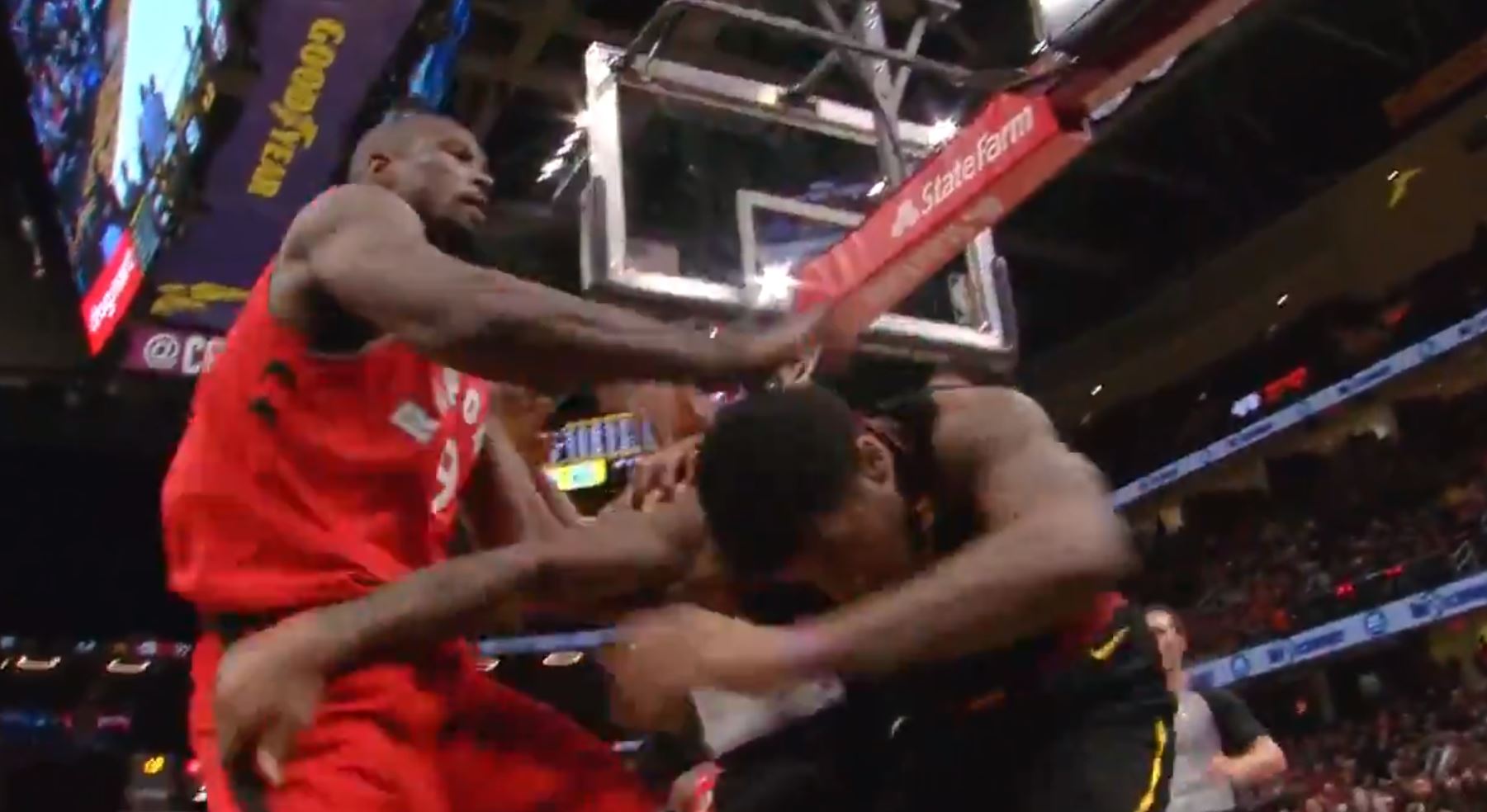 From the video it appears that Ibaka first grew incensed when Chriss didn’t offer a hand to help him up from the court. It quickly escalated from there with Ibaka putting a hand around Chriss’ neck and both players exchanging blows.

It didn’t take long for the game’s officials to eject both players for the violent display.

The brawl certainly raises the emotional stakes in the game, but the stakes are already quite high for the Cavs. Entering the final frame of the contest, the Cavs lead the Raptors, 91-77.

If they can hold onto the lead and get the win, it will mark one of their more impressive wins of the 2018-19 season.