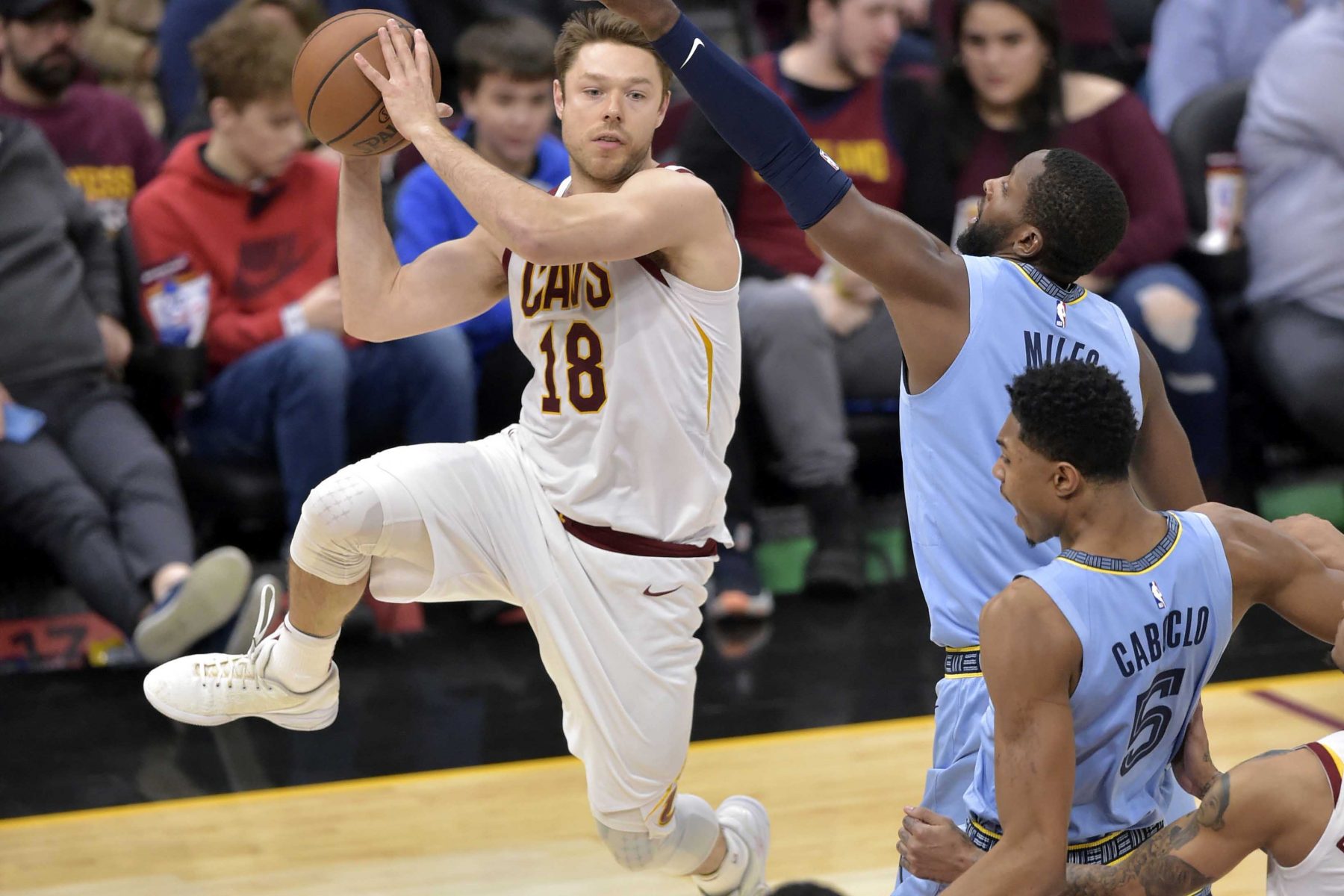 When the Cleveland Cavaliers take the court on Friday night against the Miami Heat, they won’t have the services of guard Matthew Dellavedova.

That’s because the veteran’s been placed in the NBA’s concussion protocol after getting hit during the Cavaliers’ Wednesday night loss in Brooklyn.

Dellavedova will be out indefinitely as a result of the hit, which took place with 5:09 remaining in the game. Prior to Friday morning’s shootaround, Cavaliers head coach Larry Drew explained what happened on the play in question:

“He was trying to get through a screen and he got nailed pretty good. He’s been a little fuzzy, a little woozy so we won’t have him tonight.”

The decision as to when Dellavedova returns to action will come after he’s able to pass through the following four steps of the protocol:

Dellavedova was reacquired by the Cavaliers in December as part of the George Hill deal with Milwaukee. Since his return, he’s averaging 19.9 minutes of action per game, scoring an average of 7.3 points while dishing out 4.2 assists per contest.

One player who should see more playing time as a result of Dellavedova’s absence is Nik Stauskas. That’s because Brandon Knight remains on a minutes restriction as he continues to come back from a major knee injury in 2017.

Following their game against the Heat, the Cavaliers will return home and prepare to face the Toronto Raptors on the first night of back-to-back games.