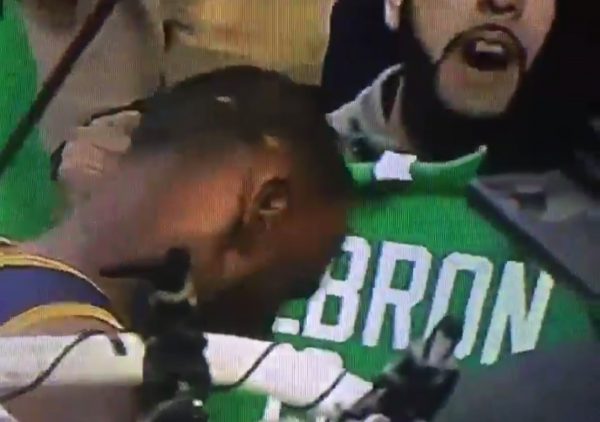 LeBron James haters seem to come in all shapes and sizes, but none may be as vulgar as the ones in Boston.

The Cleveland Cavaliers superstar has had quite a history with the Boston Celtics and as a result, the team’s fans seemed to have taken on a penchant of getting on the four-time MVP’s case.

The most recent example came after the Cavs’ 103-99 loss to the Celtics on Wednesday night. Watch as a fan holding up a “LeBron is a douche” t-shirt get stunned when Richard Jefferson snatches the shirt away from him.

At halftime of the Celtics game on Wednesday, Richard Jefferson snatched @Lu_Cash617's Lebron Is A Douche tee as he headed down the tunnel. pic.twitter.com/mUr9XJ1g7F