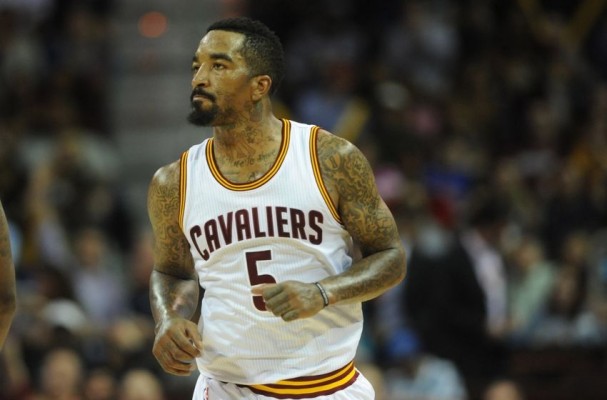 In the first quarter of the Cleveland Cavaliers’ Monday night’s road contest against the Philadelphia 76ers, Cavaliers guard J.R. Smith suffered a knee contusion and was ruled out for the remainder of the contest.

It’s unclear exactly when Smith suffered the injury, but he struggled in his five minutes on the court, missing his only field goal attempt, turning the ball over twice and committing two fouls. He was then replaced by Richard Jefferson with 7:03 left in the first quarter.

During his NBA career, Smith has remained healthy for the most part. While with the Denver Nuggets during the 2006-07 season, he underwent arthroscopic surgery on his left knee.