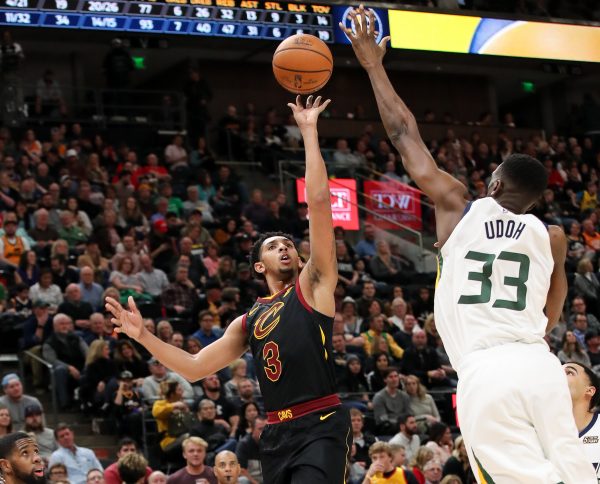 Despite having not being signed by the Cleveland Cavaliers after his second 10-day contract expired on Friday night, guard Cameron Payne remains hopeful about his NBA future.

He took to social media to offer a brief and subtle outlook for his career.

The 24-year-old Payne was originally signed by the Cavs to a 10-day deal on Jan. 6. After playing in each of the team’s next nine contests, including all six games of their Western Conference road trip, he was held out of the Cavs’ home loss to the Miami Heat on Friday night.

The move to let Payne walk was made in order to offer the Cavaliers some roster flexibility as they head toward the Feb. 7 trade deadline. He understood the reasoning behind the move, but remained upbeat according to Chris Fedor of Cleveland.com:

“I feel really good about how I played here,” Payne told cleveland.com. “It’s understandable that they want the roster spot.”

During his time in a Cavs uniform, Payne averaged 6.3 points and 2.7 assists and scored in double figures on five occasions. However, he was also held to two points or less in three other games which included two scoreless efforts. He connected on 49.1 percent of his field-goal attempts, while hitting on 36.0 percent of his shots from beyond the arc.

The 24-year-old Payne was originally the 14th overall selection of the 2015 NBA draft, selected by the Oklahoma City Thunder out of Murray State University.

After bouncing back-and-forth between the Thunder and their G League affiliate, he was traded to the Chicago Bulls on Feb. 23, 2017. He then spent parts of the next three seasons with the Bulls before being let go on Jan. 3, with the Cavaliers signing him three days later.