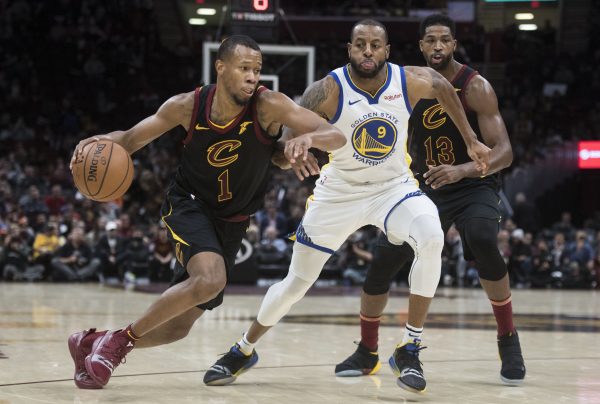 The Cleveland Cavaliers are currently dealing with a nine-game losing streak and getting offers from contending teams about possible deals for some of their players. Cavs guard Rodney Hood has reportedly been the subject of trade interest from three different teams.

Sam Amico of AmicoHoops.net looked at the state of the Cavaliers, who watched their season record drop to 8-32 on the year on Saturday night. With Hood an unrestricted free agent at the end of this season and the Cavs looking at a total overhaul of their roster, Amico noted some interest from teams in not only Hood, but second-year forward Cedi Osman:

While the Cavaliers would presumably like to get first-round picks back for either player, Hood’s current status puts the Cavaliers in a position of weakness when dealing with other teams. In addition, any of those team’s first-round picks would be coming from the latter part of the first round, rather than a more valued lottery pick.

Hood was traded from Utah to the Cavs last February and became a restricted free agent last July. However, after getting little or no interest from other teams, he accepted the Cavaliers’ one-year, $3.4 million qualifying offer, which gives him unrestricted free agent status this July.

The Cavaliers have one more home game before they begin a challenging six-game, 11-day Western Conference road trip on Wednesday. The Indiana Pacers will come to Quicken Loans Arena on Tuesday, with tipoff set for just after 7 p.m.