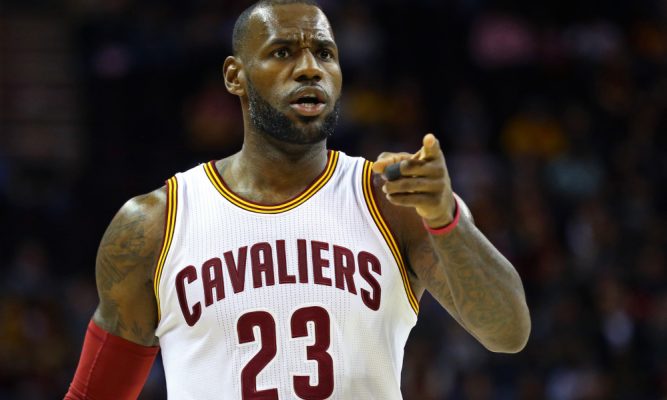 After last night’s 124-122 loss to the New Orleans Pelicans, Cleveland Cavaliers superstar LeBron James once again expressed his frustration with the Cavs’ lack of a backup point guard, saying that the Cavs need a playmaker if they are going to contend for another championship.

In similar fashion, two former NBA guards, Nate Robinson and Jordan Crawford, took to social media to put themselves in the running for the position.

Do I gotta put my number on ig @kingjames ??? Cause I will until you call me lol #holdat

Robinson showed his desire to be on the Cavs earlier this season, and his resiliency here suggests he is pretty serious. The veteran point guard’s last role for an NBA team was a brief two-game stint with the Pelicans in 2015.

The three-time NBA Slam Dunk Contest champion also sounded off in the comments section of an ESPN Instagram post, reminding the Cavs once again, that he is available.

The last time Robinson got consistent minutes was in his 2014-15 stint with the Denver Nuggets. He played 33 games that season, averaging 5.8 points and 2.3 assists per game in 14.1 minutes.

Like Robinson, Crawford directly reached out to James and his request for a backup point guard.

Bron, holla at ya boy

Crawford is only 28-years-old, but has been out of the NBA since his short time with the Golden State Warriors in 2014.

After being drafted by the Atlanta Hawks in 2011, the athletic guard bounced around the league for a few years. He put up his best numbers with the Boston Celtics in the 2013-14 season, averaging 13.7 points and 5.7 assists per game before being traded halfway through the year.