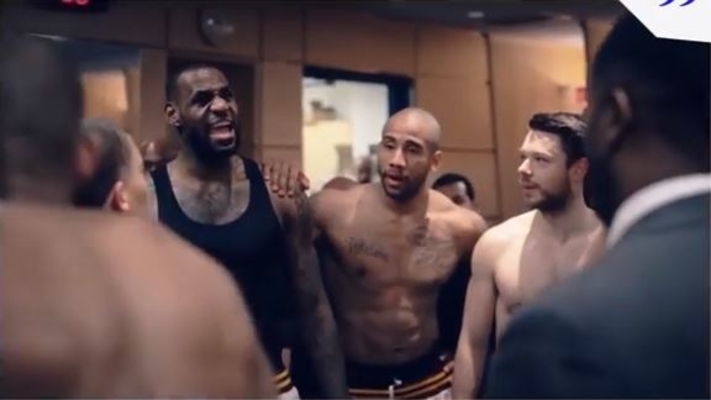 LeBron James has always been known for his incredible NBA knowledge, and following the Cleveland Cavaliers’ Game 6 win in the 2016 NBA Finals, he recognized a huge weakness in the Golden State Warriors.

LeBron called it like he saw it after Game 6 of the 2016 Finals. On ESPN+, “More Than An Athlete" takes you inside the Cavs locker room after the crucial game. Check the link in our bio to watch.

After falling behind three games to one in the seven-game series, the Cavs were able to win Game 5 and Game 6 by double-digit margins to bring the series to an even 3-3 record. After the Game 6 victory, James knew that the championship was within reach.

This video is a perfect example of what kind of leadership and knowledge James brought to the Cavs that season and makes his Finals MVP award all the more earned.

Three days after this video was recorded, the Cavs would go on to defeat the Warriors, 93-89, in the series-clinching Game 7.

While things are quite different in Cleveland at the moment, with the Cavs currently holding the NBA’s worst record at 8-29, there is no reason why fans can’t go back and appreciate the incredible achievement that earned James, the Cavs, and the city of Cleveland a championship banner.