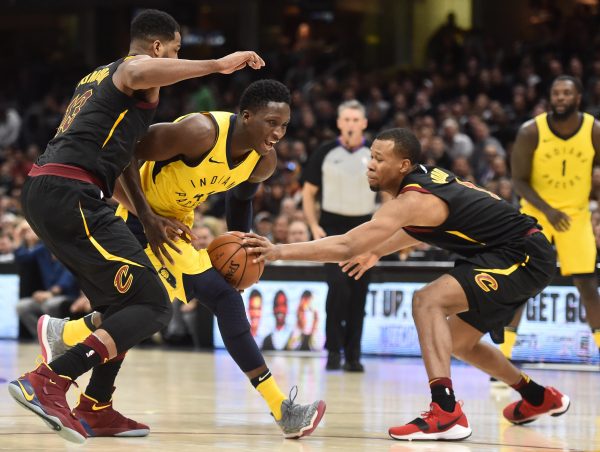 The Cleveland Cavaliers are getting reinforcements for their Wednesday night game against the Miami Heat, as Tristan Thompson and Rodney Hood will both be returning to the Cavs.

Tristan Thompson, Rodney Hood will play for the Cavs tonight

Both players have had integral roles for the Cavs this season, with Thompson averaging 12.0 points and 11.6 rebounds per game, and Hood averaging 12.9 points and 2.1 assists per game. The Cavs, who have fallen to last place in the Eastern Conference, have struggled without the two veterans, losing all four contests that Hood missed, and going 2-8 in Thompson’s absence.

At 8-29, Cleveland’s season is unlikely to be salvaged. Still, a healthy Thompson and Hood can not only help the team improve, but also increase their trade values should the Cavs look to move some pieces.