LeBron James Explains Why 2016 Finals Made Him G.O.A.T. 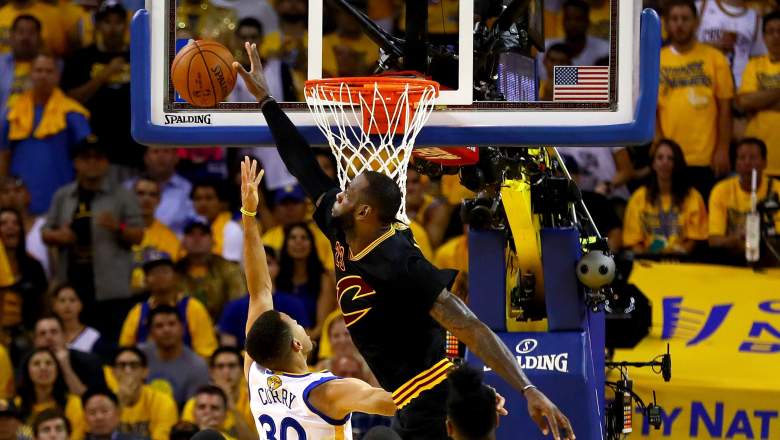 LeBron James believes he is the greatest player of all time because of the 2016 championship that he won with the Cleveland Cavaliers.

LeBron explains why he thinks he is the “greatest player of all-time.”

In a conversation on Uninterrupted, James began his explanation by citing all of the emotions he went through as he broke the 52-year drought of professional sports championships in Cleveland.

“That one right there made me the greatest player of all time,” James said. “That’s what I felt. I was super, super ecstatic to win one for Cleveland because of the 52-year drought. Like I was ecstatic. Obviously the first wave of emotion was when everyone saw me crying, like that was all for 52 years of everything in sports going on in Cleveland.”

James then explained why he felt that he did something truly special by beating a Golden State Warriors team that had won 73 games in the prior regular season.

In the incredible series comeback, James willed his team to the promised land despite facing a 3-1 deficit against the Warriors. Their 73-win season in the regular season leading up to the 2016 NBA Finals had broken the record for most wins in an 82-game NBA season. The Cavs had been heavy underdogs in the series, and the shocking comeback earned James a unanimous Finals MVP award.

James has a valid point. He did something that nobody in the history of the game had done before. Not only did he come back from a 3-1 deficit in the NBA Finals, he did it against a team that had won more games than any team before.

James played like a man possessed over the last three games of the series, averaging 36.3 points, 11.7 rebounds, and 9.7 assists per game. While the argument about whether or not James is the greatest of all time will likely rage on forever, there is no arguing that what he did in that series was truly special.