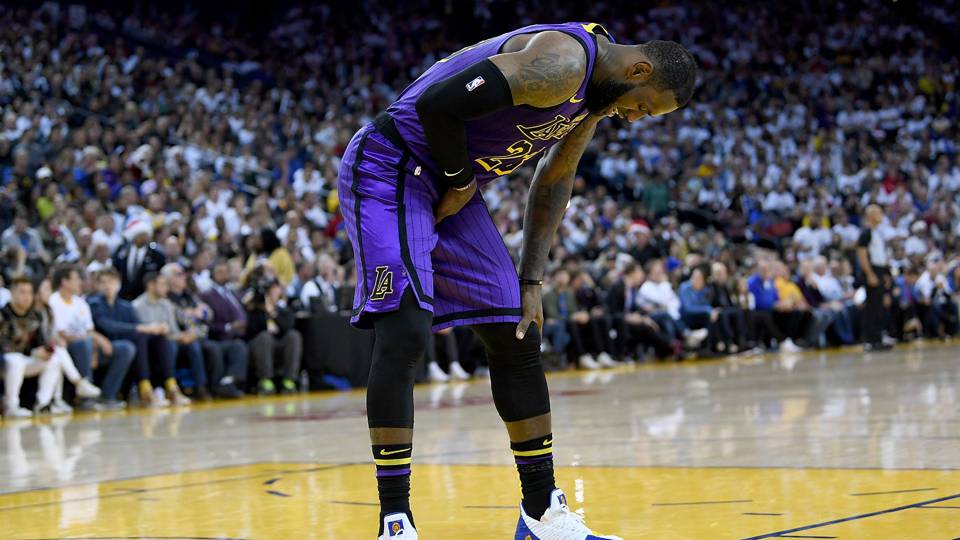 Los Angeles Lakers superstar LeBron James suffered a nasty groin injury on Tuesday night as his team faced off against the Golden State Warriors. The injury occurred in the third quarter of the game and James was seen telling trainers that he heard a “pop.”

LeBron said he "felt a pop" before heading back to the locker room for further evaluation. (via @mcten) pic.twitter.com/ZjCmuGbx86

After initially fearing the worst, James underwent an MRI, which revealed a strained left groin. The four-time MVP is considered day-to-day.

This is most certainly a relief for Lakers fans everywhere as a “pop” typically indicates a full tear of the groin. James himself was also relieved and expressed his gratitude for the positive diagnosis of the injury.

Dodged a bullet! Sheesh. ?? to the almighty above! #BackInNoTime

The Cleveland Cavaliers will next get to see James and his Lakers in action on Jan. 13 at Staples Center. Hopefully James and his injury will be well behind him by then.