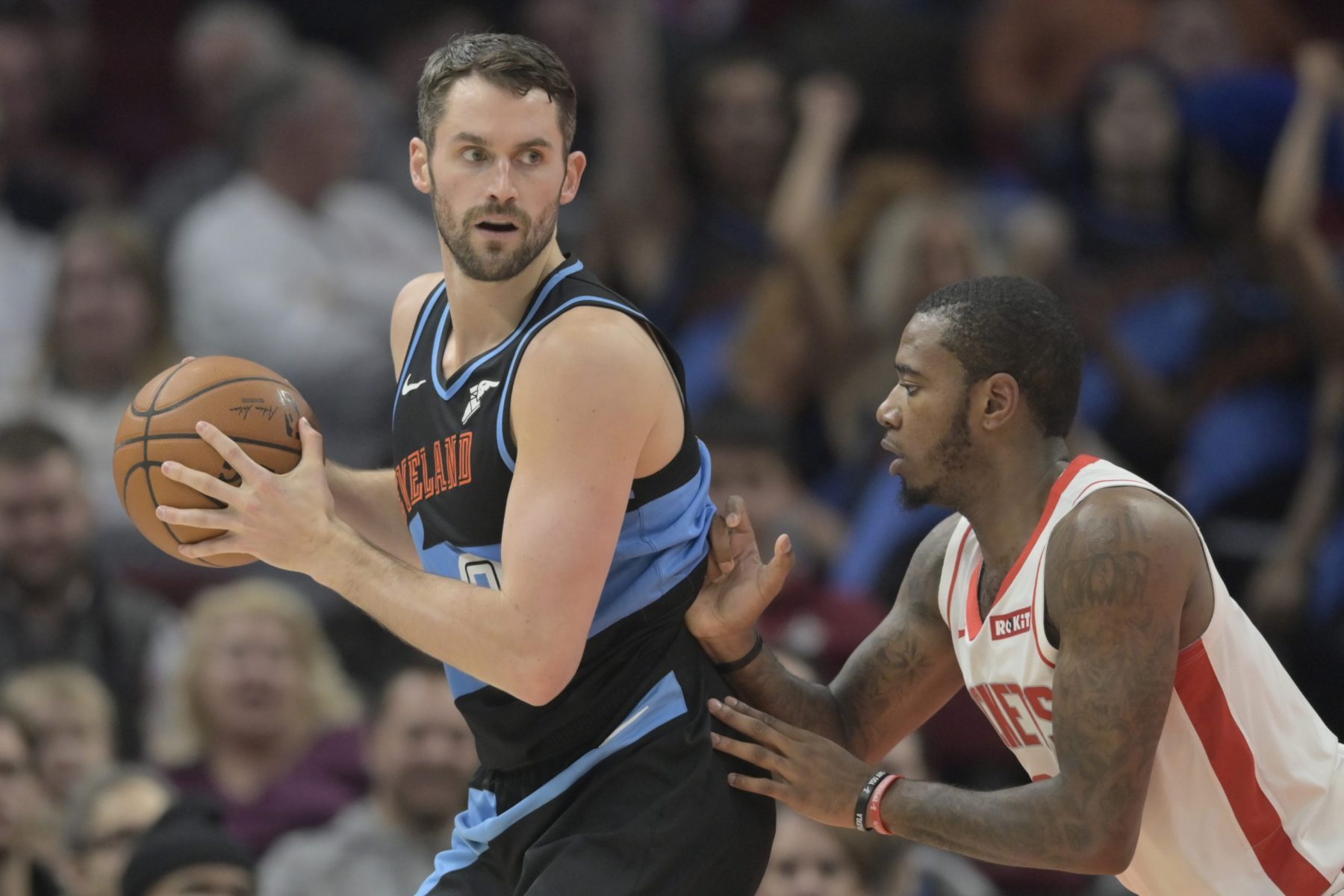 The rumors involving a potential Kevin Love trade have ramped up over the past few days, and former Cleveland Cavaliers player Channing Frye recently chimed in with his opinion on where the five-time All-Star should land.

Frye was a guest on “The Full 48″ podcast, where he shared his thoughts on which teams his ex-teammate would fit onto.

While the Phoenix Suns and Boston Celtics haven’t been the most discussed destinations for Love, Frye thinks both teams would be a great fit for Love.

“And I think another place, would be Boston. Yeah, I think if they can get him in Boston, that would be unbelievable for that city. Again, another power forward that can score, rebound, shoot threes and be within that system. Then it would take a lot of the pressure off of the 5-man because they are really small. I mean, I won’t say they are lacking, but they are really lacking at that frontcourt.”

Show host Howard Beck agreed with Frye that Love would fit in the Celtics system, but said that Celtics fans recently vilified him for suggesting the potential move. Frye responded by offering a trade suggestion that he thought could make both Celtics and Cavaliers fans happy.

“If I’m Boston, I’m would give up Gordon Hayward,” Frye said. “I’m not giving up Marcus Smart. He makes that whole system go. He takes care of a lot of things that those guys do. He inspires them. Honestly, he just flops. But this guy changes the game without having to score, and to me I would just say, ‘Here’s Gordon Hayward and maybe some picks, but other than that I’m not giving up my core guys up for Kevin.’ Cleveland needs to make moves in their direction and having Gordon Hayward who can be their second- or third-best player on good or bad teams isn’t a bad look.”

Beck added that Cleveland could trade Hayward later down the line and Frye agreed with the suggestion, especially since the trade would help move Love’s hefty contract off the books.

Though Love is a beloved figure in Cleveland, his time with the Cavs could come to an end soon as the franchise continues to move forward into a total rebuild.