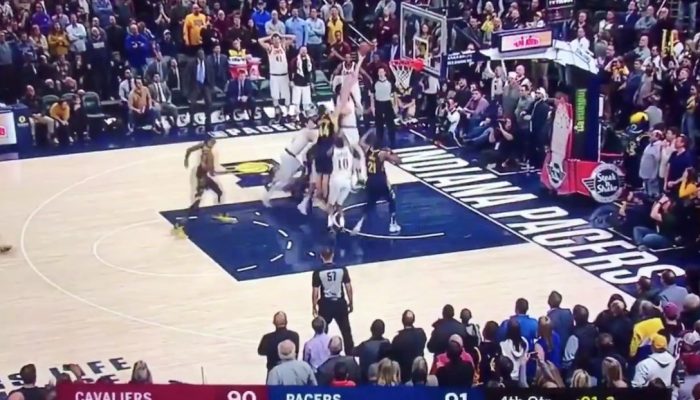 Cleveland Cavaliers big man Larry Nance Jr. came up with perhaps his biggest bucket in a Cavs uniform on Tuesday night when he tipped in a missed shot by Rodney Hood at the buzzer to give his team the victory over the Indiana Pacers, 92-91.

On the game’s final possession, the play was drawn up for Hood, who went one on one with his defender. His jumper in the lane missed, but Nance was there to clean it up and give his team the victory.

The center finished the game with 15 points, 16 rebounds, six assists, and three steals. The Cavs are now 8-23 on the season and had a lot of reason to celebrate after the game, as wins have been few and far between for the 2018-19 version of this team.

The Cavs will look to keep the momentum going on Wednesday night as they take on the Charlotte Hornets at 4 p.m. EST.

cavsfeaturedlarry nance jr.news ticker
← Previous Story LeBron James and Richard Jefferson Reunite in Brooklyn During Lakers-Nets Game
Next Story → LeBron James Says It Was Hard to Get Stars to Join Him in Cleveland