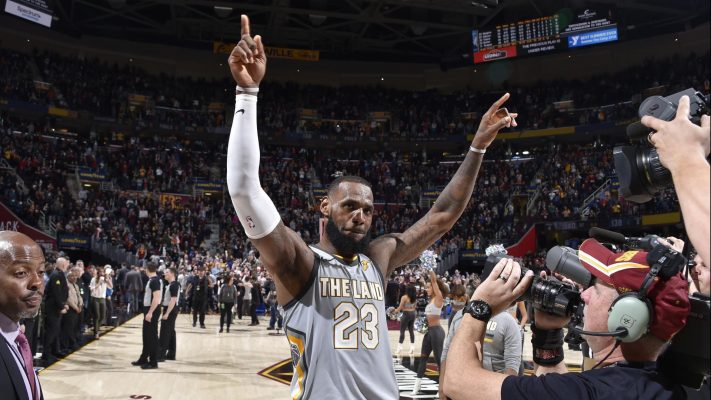 LeBron James had one of the best clutch shots of the season with a game-winner against the Minnesota Timberwolves in a February game just before the trade deadline. James had the Clutch Shot of the Year (voted by the fans) and it was awarded the Play of the Year for the 2017-18 season at the second annual NBA Awards.

The Cleveland Cavaliers were in the midst of a rocky season with several losing streaks heading into the game against the Timberwolves. The game-winning shot propelled the Cavs to a four-game winning streak and revitalized the team’s chances of gaining one of the top four playoff spots in the Eastern Conference.

Unfortunately, the four-time NBA MVP was not present to accept the award

James scored the most points in the clutch in the 2017-18 season, making him truly worthy of the award.