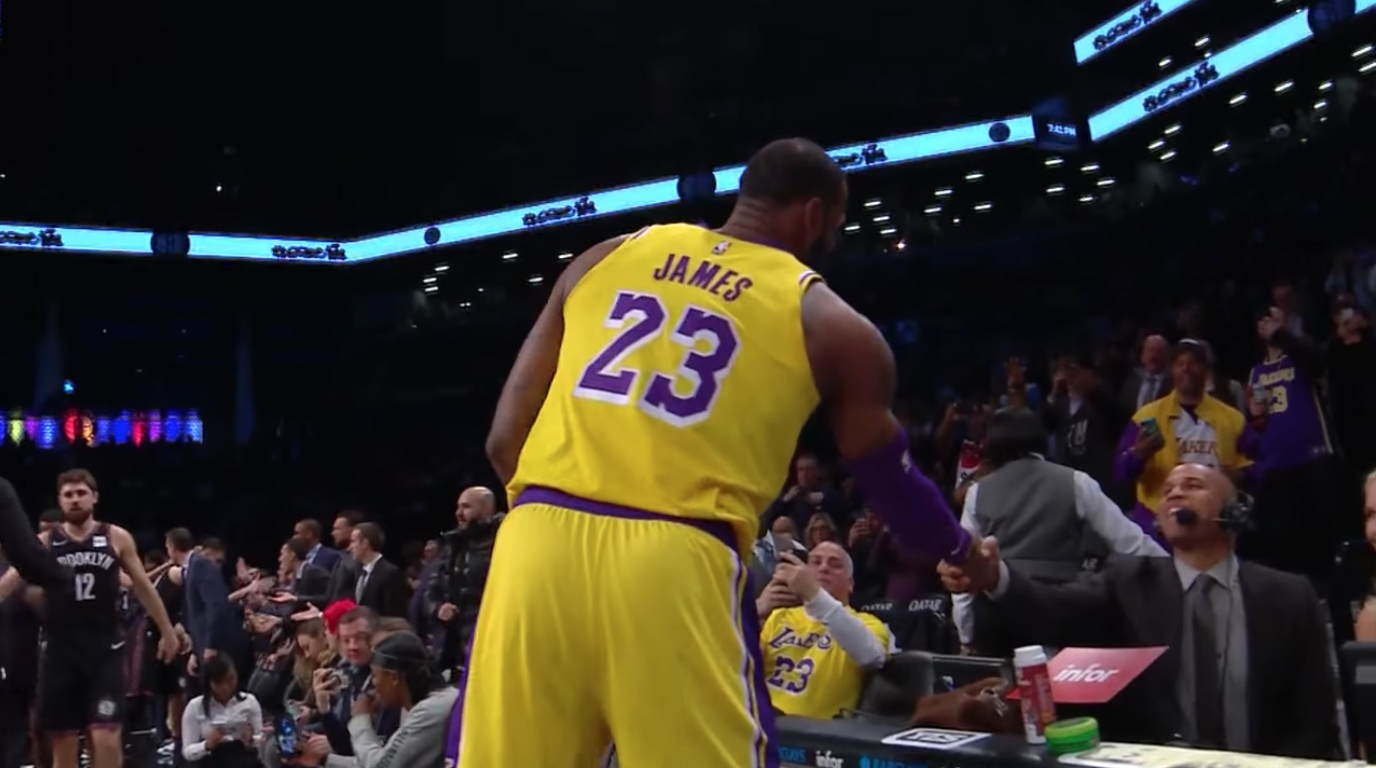 Los Angeles Lakers star forward LeBron James is facing off against the Brooklyn Nets tonight, and that means a reunion for him and former Cleveland Cavaliers forward Richard Jefferson.

Despite it still being quite odd to see James in the Purple and Gold, it’s great to see that the bond the former teammates share is alive and well.

“Good to see you buddy,” Jefferson said to James as he came over to the scorer’s table. “You look great in the Purple and Gold.”

Jefferson was always been known as a hilarious and charismatic player during his NBA career, and those characteristics have served him well in his new day job as a studio analyst covering the Nets.

Though James is in a different jersey, there’s no doubt that Jefferson is enjoying watching him play live once again.