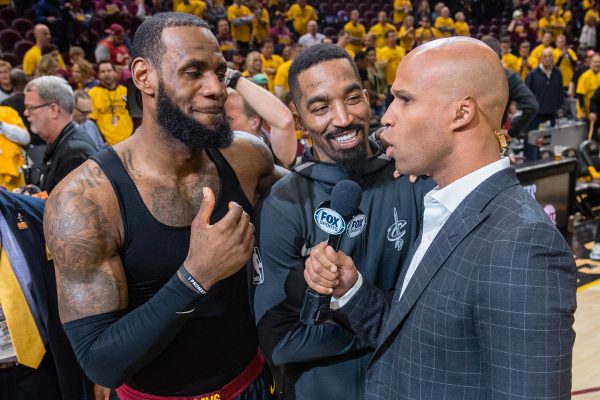 Richard Jefferson may not be an active NBA player anymore, but that does not mean he is out of a job. According to Sam Amico of Amico Hoops, Jefferson has been hired by the YES Network as a studio analyst for broadcasts of Brooklyn Nets games.

Former #NBA forward Richard Jefferson has been hired as a studio analyst for YES Network broadcasts of #Nets games.

The news comes just days after the 38-year-old announced his retirement via a heartfelt message and video posted on his Instagram account.

For people wondering why Jefferson would join the Nets as an analyst, it is important to remember that Jefferson’s first seven years in the NBA were spent playing for the New Jersey Nets. As a member of the Nets, Jefferson played with Hall of Fame point guard Jason Kidd and swingman Vince Carter, who was one of the league’s more exciting players to watch at the time.

Of course, Jefferson is also fondly remembered for his two years with the Cleveland Cavaliers, where he helped the team capture its first-ever title over the Golden State Warriors in 2016 and developed a strong camaraderie with LeBron James, Kevin Love, and Channing Frye.

With Jefferson’s latest job hiring, Nets fans can expect his comedic personality and intelligence to shine forth as he follows the team through the foreseeable future.