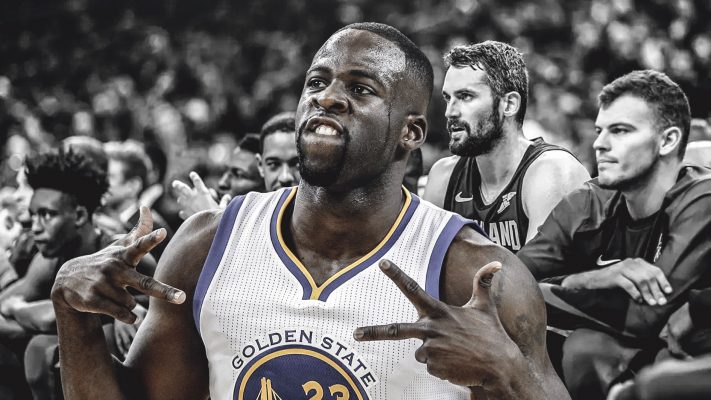 Ahead of the Golden State Warriors’ matchup tonight against the Cavs, Green posted a video of himself walking around the visitors locker room at Quicken Loans Arena on his Instagram story.

Green’s caption, aimed at teammate Stephen Curry, is quite similar and could be a reference to the comments that Curry made back in January 2016, as the Warriors were preparing to play the Cavs in a regular-season game in Cleveland.

At the time, Curry said that he hoped the Cavs’ visitors locker room “still [smelled] a little bit like champagne.”

It will be interesting to see whether the Cavs use Green’s video and caption as fuel for motivation for tonight’s game. Nevertheless, whatever’s left of this once-great Cavs-Warriors rivalry is still entertaining to watch, and one can certainly expect the Warriors’ players to continue trolling the Cavs for some time.