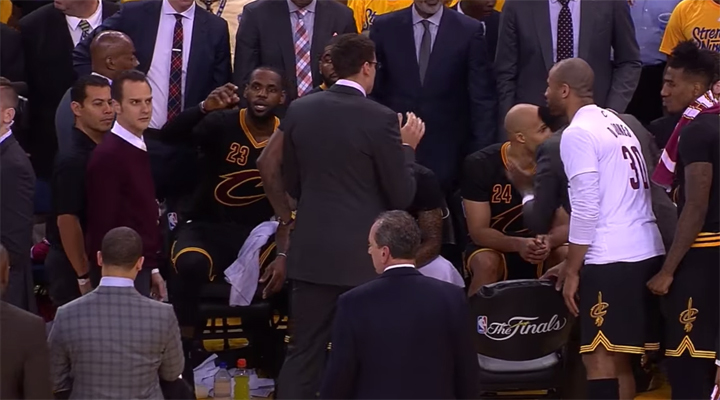 While Kyrie Irving’s game-winning three-pointer in Game 7 of the NBA Finals will always be remembered by Cleveland Cavaliers fans, one thing that hasn’t gotten much publicity is the apparent influence that LeBron James had in helping set that shot up.

A YouTube video lasting just over three minutes that focuses on the final moments of the game has a 25-second portion that appears to show James trying to get head coach Tyronn Lue’s attention. The ensuing play begins with 1:09 left and has James taking the ball out before then giving it to Irving. Just 15 seconds after getting the ball, Irving nails an ice-cold three-pointer.

The evidence of James’ influence shows up at both the start and again at the 1:40 mark of the video below: