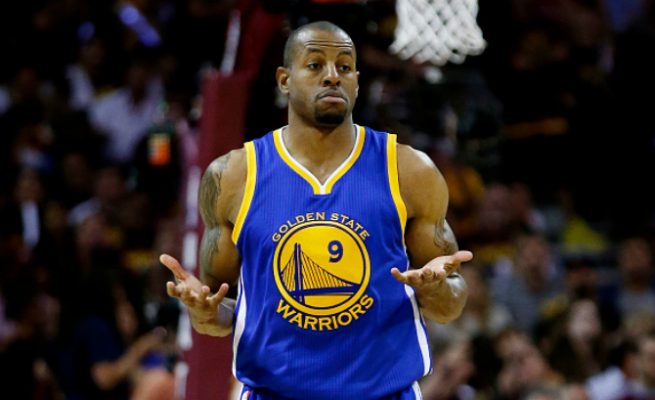 The impact of the historic Cleveland Cavaliers‘ trade of Kyrie Irving to the Boston Celtics quickly grabbed the attention of social media on Tuesday night, with countless comments on how the deal will impact both teams. However, the opinion of one comedian from Philadelphia caught the attention of Golden State Warriors veteran Andre Iguodala, who offered a quizzical and brief response.

The big defender that Horton presumably was referencing was Jae Crowder, who stands 6-foot-6 and weighs in around 225 pounds, though he’s three inches shorter than the 6-foot-9 Kevin Durant. That’s because the only other player that would fit this category is the 7-foot Ante Zizic, who has yet to play a single NBA game.

Iguodala remains a key part of the Warriors, having re-signed with the team last month for $48 million over three years. He’s been a memorable part of the three consecutive Finals battles between Golden State and Cleveland, having won Finals MVP in 2015 and being on the receiving end of LeBron James‘ epic block during Game 7 of the 2016 NBA Finals.