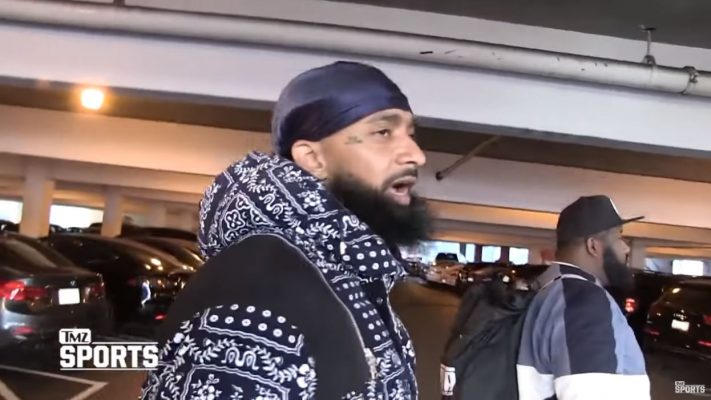 Cleveland Cavaliers fans are on the verge of welcoming LeBron James into Quicken Loans Arena for the first time this season, and rapper Nipsey Hussle issued a warning to everyone who is thinking about booing the three-time NBA champion.

“They not gonna boo LeBron,” Hussle told the TMZ reporter. “LeBron brought that city a brand new economy, a chip, they got them a championship, a ton of money came back to that city. He put on for Cleveland, they got to respect him. I can’t see them booing ‘Bron tonight.”

He was then asked what would happen if fans in Quicken Loans Arena do end up booing James during the game.

It seems quite clear that the rapper is not worried about tonight’s matchup. Consider the way the 2018-19 season has gone for the Cavs so far, it seems that a Lakers win is likely. Still, it wouldn’t be a surprise to see the scrappy Cavs roster try their hardest to defend home court now that James is in the building.