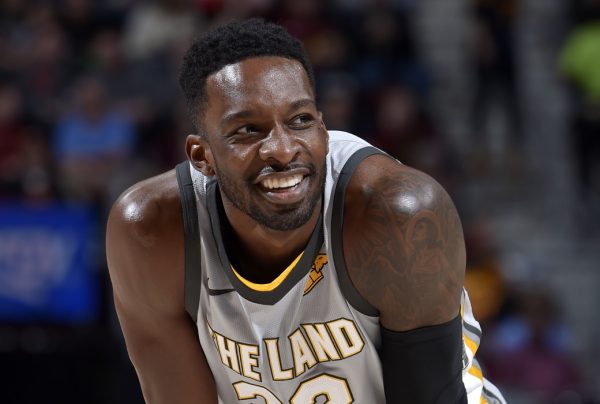 Within the past week, the role of Cleveland Cavaliers forward Jeff Green has become much more prominent after he was elevated to the starting lineup for the rest of the regular season and playoffs. That promotion coincides with an improvement in his shooting touch that’s been the byproduct of working with teammate Kyle Korver.

Seeking out Korver has become almost routine for Cavaliers players, with even LeBron James asking for his advice. The reason stems from the fact that Korver ranks near the top among shooters from beyond the arc. In addition, he’s virtually automatic when stepping up to the foul line.

Green went to Korver to improve his shooting on 3-pointers after enduring a brutal March in which he connected on just 23.9 percent (11-of-46) of his attempts in that area. The results over the past three games speak for themselves, with Green making 64.3 percent (9-of-14) of his 3-pointers and scoring 33 points in a Friday night loss at Philadelphia.

“You can credit Kyle Korver,” Green said as quoted by Joe Vardon of Cleveland.com. “I’ve been working with him the last couple of days, the last week or so. It’s the same shot. I didn’t change anything, my form, nothing. It’s the same thing. I never got down on myself so it’s nothing different to me.”

The simplicity that’s led to Green’s recent success boils down to a combination of persistence and confidence:

“It was more so just a confidence thing,” Green said. “He’s one of the best 3-point shooters in NBA history. So what I did was I asked him what’s he do when he misses a couple in a row. Or just come in shooting with him and watching the ball go in. Like I said, it wasn’t nothing that I changed. It’s just working with him getting in the reps like I’ve been doing. They’re just falling now.”

The 31-year-old Green was signed to a veteran’s minimum contract of $2.1 million last July. In 76 games this season, he’s averaged 11.0 points and 3.2 rebounds, having only started 11 of those contests. Playing an average of 23.5 minutes in those games, Green’s time on the court is likely to increase during the most important part of the season.