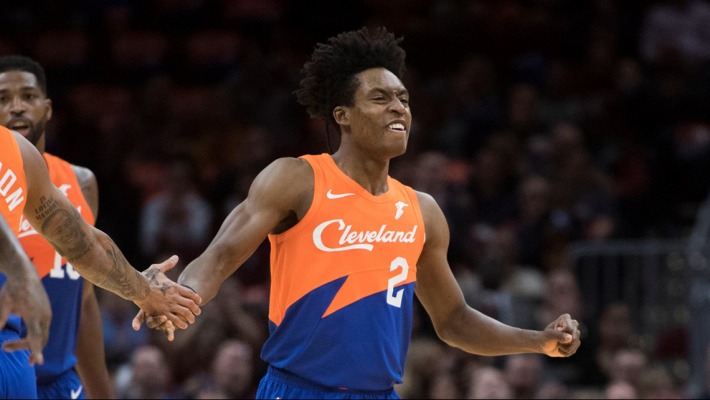 Earlier this season, it was reported that veterans on the Cleveland Cavaliers were growing tired of the way that Collin Sexton was carrying himself on and off the court. But opinions of the first-round draft pick have seemingly changed since then.

Following the Cavs’ victory over the Charlotte Hornets on Tuesday night, Cavs shooting guard Kyle Korver had nothing but praise for Sexton.

“Collin has shown a lot of growth Charlotte to Charlotte,” Korver said, referencing the progression he’d seen in Sexton from the Cavs’ Nov. 3 loss to the Hornets to their Nov. 13 victory over the same team.

Korver expanded on how things have changed for the young guard.

“I think in a short period of time he’s doing better. He still has a ways to go and I think he would tell you that. But just his approach and his willingness to be coached, especially in these last five or six games, I think he’s really turned a corner,” Korver said. “It’s exciting to watch him. He’s a really talented kid.”

It is interested to note that Korver mentioned Sexton’s willingness to be coached. A couple weeks ago, it was reported that Sexton had turned down an offer to learn from fellow point guard George Hill. While it is unclear if Sexton ended up taking Hill up on his offer, it does seem that he is at least learning how to take direction better as the season progresses.

It seems all Sexton needed was an opportunity to show his teammates how productive he can be.

Now, with Hill approaching a return from a right shoulder sprain, it will be interesting to see if Sexton has done enough to hold onto the starting point guard spot.