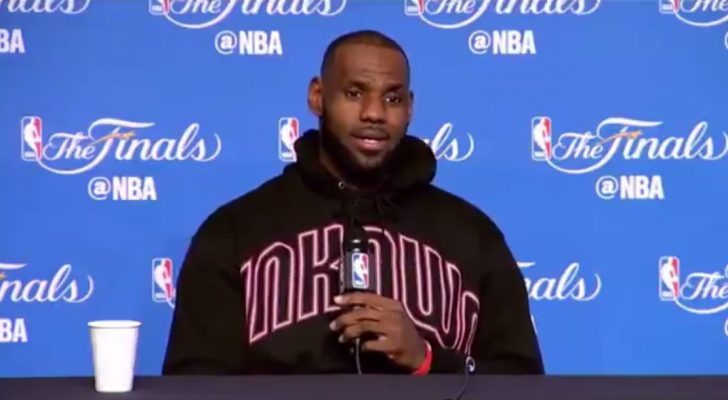 The league is broken. Parity is gone. Kevin Durant and the Golden State Warriors have officially ruined the NBA.

These are the types of comments that many fans are making due to Durant’s decision to join a 73-win Warriors team that fell just one game short of winning an NBA championship last season. And now, the 2017 Warriors are now just one game away from sweeping through the entire playoffs, something that’s never been done before in NBA history.

However, some of those same fans are blaming Cleveland Cavaliers superstar LeBron James for setting the precedent when he joined Miami back in 2010, which caused Durant’s eventual move.

James spoke to media after Game 3 and discussed the major differences between him joining Miami and Durant joining Golden State.

LeBron James talks about the differences between him joining Miami and KD joining Golden State pic.twitter.com/1CLBoWX2Bh