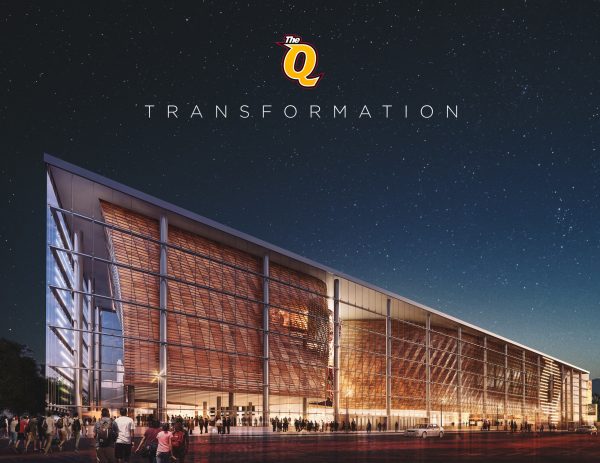 The Quicken Loans Arena renovation is once again back on after a new agreement was reached on Wednesday, with the Cleveland Cavaliers also announcing that they’ve extended their lease of the arena until 2034. A few weeks ago, the team had announced that the $140 million project had been shelved, in part because of a push by groups within Cleveland to put the idea of government funding for the renovation on the ballot.

The decision once again puts the Cavaliers in the running to host a future All-Star Game, something that NBA commissioner Adam Silver had made contingent on the renovation moving ahead. That would mark the third time in the team’s history that they’ve hosted the game, the previous occasions taking place in 1981 and 1997.

The original deal was announced last December before disputes with local entities resulted in the team announcing on Aug. 29 that they were cancelling those renovation plans. However, last week, the group that had led the push for an election referendum withdrew its petitions to get the measure put on the ballot.

Quicken Loans Arena was first opened in 1994 and was first named Gund Arena. After Dan Gilbert bought the team in 2005, his Quicken Loans company purchased the naming rights.