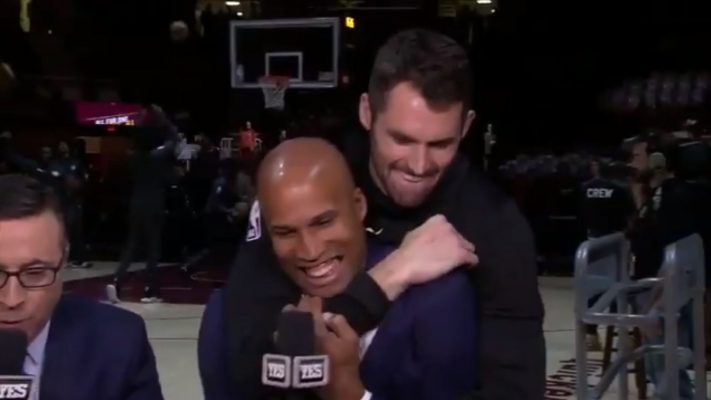 Recently, Jefferson joined the YES network for the Brooklyn Nets and was seen on the pre-game show with Nets announcer Ian Eagle before the team’s matchup against the Cavs. During the show, Love snuck up behind Jefferson and put him in a friendly sleeper hold, which showed that despite now being a part of separate teams, the two still have a tight friendship together.

Jefferson is 38 years old and last played for the Cavs during the 2016-17 season. Not only that, but he was also part of a historic 2015-16 team that came back from a 3-1 deficit in the NBA Finals against the Golden State Warriors to capture its first championship.

The journeyman was certainly a fan favorite in the Land and he is definitely welcome back whenever he pleases.