Cavs Fan Screams at DeMarcus Cousins: ‘You Destroyed the League’ 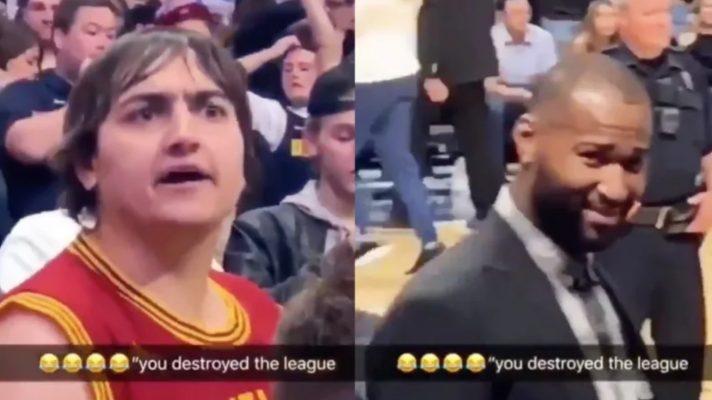 DeMarcus Cousins’ decision to sign with the Golden State Warriors sent shockwaves around the NBA this summer, and a particular Cleveland Cavaliers fan is not happy at all.

In a video that has now gone viral, the fan appears to repeatedly shout at Cousins, saying, “You destroyed the league!”

The Warriors got him absolutely sick. ??? pic.twitter.com/AKTuHS0S6f

Cousins is seen staring back at the screaming man, with a huge smile on his face. The NBA star additionally seems to find the man’s insults quite comical as he breaks out into a laugh later on in the video.

It may not be that difficult to see where the Cavs fan is coming from, if one looks at the Cavs-Warriors rivalry from the following perspective: there was a thrilling rivalry between both teams in 2015 and 2016 as their first two battles in the NBA Finals were very close and could have gone either way each year.

However, since Kevin Durant signed with the Warriors in the summer of 2016, the rivalry became lopsided as the balance of star power tilted heavily in favor of the Warriors.

Now, Cousin’s decision to join Golden State provides the team with nearly unprecedented star power, as the team will now boast a starting lineup of five All-Stars once Cousins comes back from his Achilles injury.