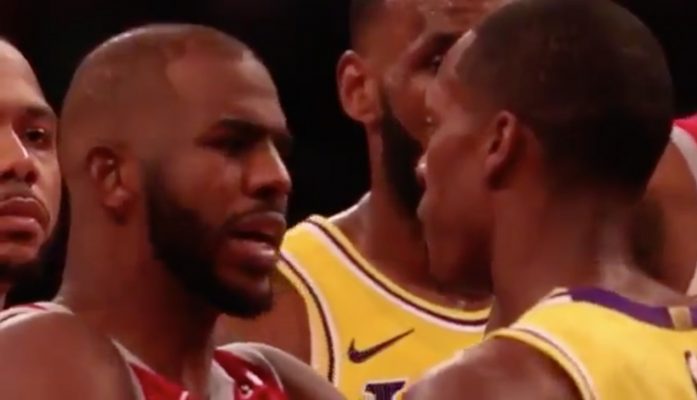 What sparked the fight was the source of postgame debate, but now video evidence shows that Paul’s claim of being spit on by Rondo was accurate.

The Rockets held a slim 109-108 lead when the Lakers’ Brandon Ingram fouled the Rockets’ James Harden and then pushed him. That led to the Rondo-Paul fight, which Ingram also involved himself in after getting whistled for a technical over the Harden shove. The Rockets went on to win the game 124-115, further spoiling James’ home debut with the Lakers.

Ingram is likely facing the most serious amount of suspension time, but this latest evidence could put Rondo’s status in question as well. Paul was stopped from any further involvement when James, a close friend, was able to walk him away from the chaos.

James is scheduled to make his first visit back to Quicken Loans Arena next month when the Cavaliers host the Lakers on Nov. 21.