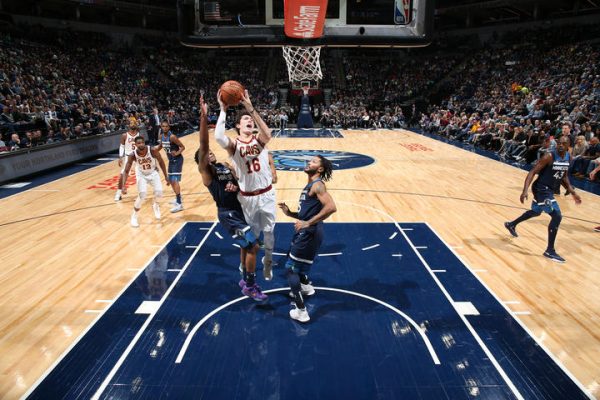 Despite the Cleveland Cavaliers‘ 131-123 loss to the Minnesota Timberwolves on Friday night, Cedi Osman showed why he’s the next big thing in Cleveland. With career-highs in points (23), assists (8), and three-point makes (4), the 23-year-old showcased his abilities as a reliable scorer, shooter, and playmaker.

After the game, Osman described his high confidence levels and impressive work ethic over the summer.

It isn’t hard to see where Osman is coming from. He had an incredibly successful summer, playing for the Turkish national team, shining in NBA Summer League, and even working out with LeBron James, Kevin Durant, and Kawhi Leonard.

Down by as much as 21, the Cavs kept charging back in a thrilling comeback attempt. Moreover, Osman drilled four triples on the night (doubling his previous high of two), two of which came in the final few minutes of the fourth quarter and cut the Timberwolves lead to five points and four points, respectively. He successfully showcased his ability to make big shots in high-pressure situations when it counts the most.

Though Osman approved of the Cavs’ perseverance, he emphasized a need to play consistent defense throughout the duration of a game.

The void left by James’ departure will be incredibly hard to fill, but Osman looks like he is ready to become a star for the Cavs and one of the leaders of the team.