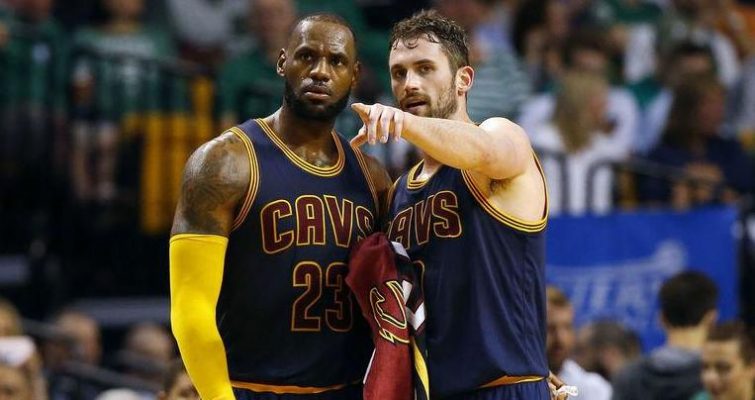 Having a player like Kevin Love, who can deliver a double-double every game, is a valuable commodity for the Cleveland Cavaliers to have in their possession. With LeBron James no longer on the team, the impact that Love needs to have has increased, with the veteran ready to take up that challenge.

Love appeared on ESPN’s morning talk show “Get Up” on Wednesday and answered (beginning at the 3:00 mark) co-host Jalen Rose‘s question about the different ways he can deliver that impact:

During the past two seasons, Love has missed extended periods of time due to injuries, a status that the revamped Cavaliers can’t afford this season. Love will also need to get back to the numbers he produced prior to last season, when his averages in the scoring and rebounding departments dipped to 17.6 and 9.3 respectively. Despite those reduced numbers, he still is averaging a career double-double.

Prior to being acquired by the Cavaliers in August 2014, Love had spent his first six NBA seasons as a member of a Minnesota Timberwolves team that never reached the postseason. In two of those years, he managed to averaged 26 points per game, numbers he may have the opportunity to match this year.

Love’s ability to launch an outlet pass is also one of the ways he’s stood out during his career, which has in part helped him average 2.3 assists a game during his first 10 seasons. His single-season high in this category is the 4.4 assists per game he averaged during his final year with the Timberwolves.

One key reason why Love is focused on having a big year stems from the fact that during the offseason he signed a four-year extension with the Cavaliers that will pay him $120 million over that time beginning next year. That’s eliminated any concerns about his future beyond next year, with that peace of mind also tying into him having embraced discussions about mental health issues he’s dealt with in the past.