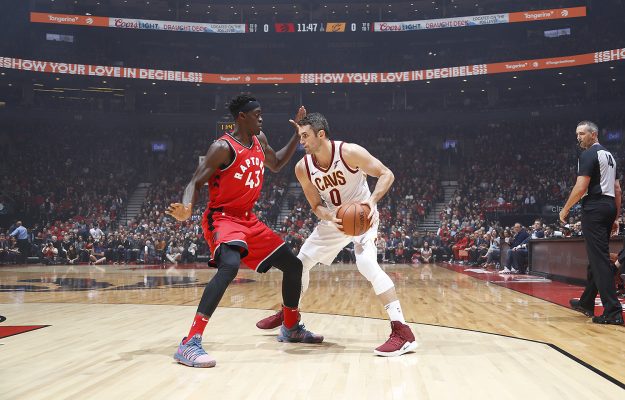 Less than three days after Cleveland Cavaliers power forward Kevin Love was assessed a technical foul in the Cavaliers’ season-opening loss to Toronto, the call was officially rescinded.

Joe Vardon of The Athletic noted the league’s change and also compared that one technical to the three that were handed out in Cleveland’s Friday night loss in Minnesota. One of those was given to Cavs head coach Tyronn Lue:

“The NBA rescinded Love’s technical foul from Wednesday’s loss. If you recall, Kane Fitzgerald T-ed up Love for yelling “come on!” in response to a call against him. Saves Love $2,000. Friday, technicals were assessed to Lue, to Taj Gibson and to Rose. I was sitting right there for Rose’s T — he’ll get his money back, too. Didn’t say anything.”

In the immediate aftermath of his technical in Wednesday night’s game, an incredulous Love was at a loss because of the call. That attitude continued during postgame comments, which included an amusing assessment of his remark:

With LeBron James having left in free agency, Love is now the focal point of the Cavaliers offense. Having signed a four-year contract extension during the offseason, Love’s status with the team now appears to be secure. In his first two games this season, the 30-year-old veteran is averaging 23.0 points, 13.0 rebounds and 4.5 assists.

The Cavaliers will try to collect their first win of the season on Sunday night when they play for the first time this regular season at Quicken Loans Arena. The opponent will be the Atlanta Hawks, with tipoff scheduled for just after 6 p.m. ET.