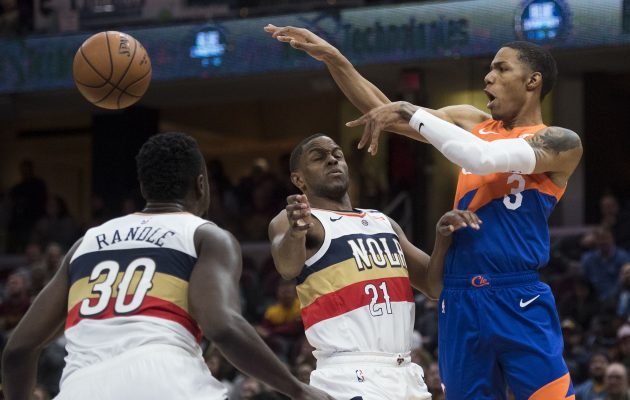 Patrick McCaw is an unrestricted free agent, and the Cleveland Cavaliers may be in trouble because of it.

The NBA is reportedly investigating the Cavs for signing and waiving McCaw, and could ultimately punish the team by taking away a first-round draft pick.

The Cavs signed McCaw in late December to a non-guaranteed, two-year, $6 million offer sheet. McCaw was a restricted free agent with the Golden State Warriors, but the defending champions chose not to match the contract.

After only a week in Cleveland, McCaw was waived before his contract was guaranteed. After clearing the waiver wire, the third-year wing became an unrestricted free agent.

But that didn’t go over too well with the league. It appears possible that the Cavs had no intention of keeping McCaw, and signed him to an offer sheet that they knew the Warriors would not match, with the intention of waiving him.

Mark Medina of The Mercury News reports that such action could break the Collective Bargaining Agreement if there was an “unauthorized agreement,” and that the Cavs could lose a hefty asset as a result:

“The Cavaliers could face punishments if the NBA finds any wrongdoing. Fines could range anywhere between $3 to $6 million as well as the loss of future first-round draft picks. The Warriors would not receive anything in return, per terms of the NBA’s labor deal. But if the NBA voided McCaw’s contract, he could become a restricted free agent again.”

McCaw appeared in three games for the Cavs and averaged 17.7 minutes, 1.7 points and 1.0 rebounds per game.