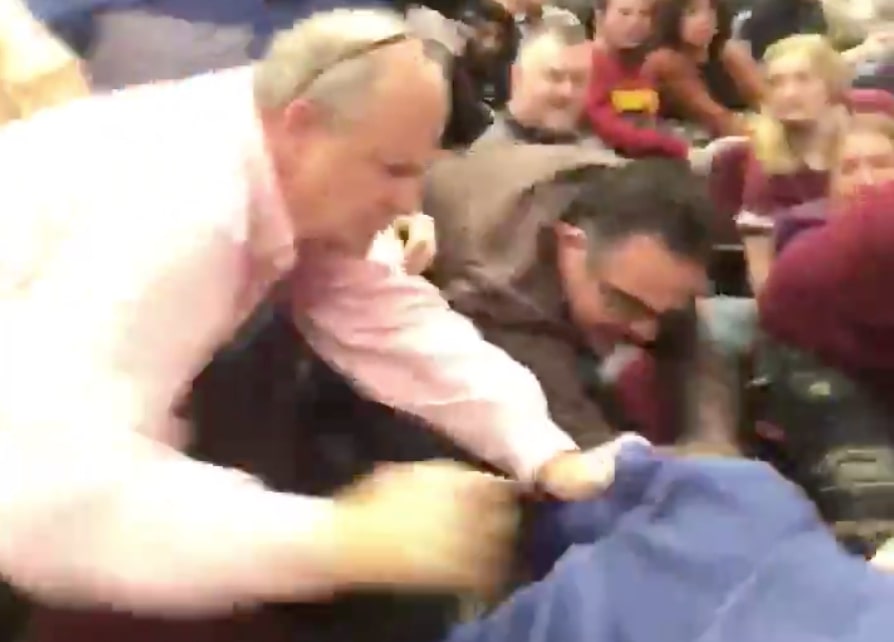 There’s never a shortage of drama around the Cleveland Cavaliers.

A fight appeared to take place in the stands at the Cavs’ home contest against the Boston Celtics on Wednesday night.

GRANDPA HAS HAD ENOUGH OF YOU SLUGS AT CAVS GAMES?

The Cavs have some of the most passionate, loyal fans in the NBA.

However, fans weren’t the only people showing fight on Wednesday night.

Sophomore Collin Sexton erupted for a career-high 41 points on top of six assists and three rebounds against the Celtics. The guard put on a show for the fans at Rocket Mortgage FieldHouse.

The 21-year-old is averaging 20.5 points and 3.1 boards per game this season. He has stepped up his maturity, production and leadership this year.

Although the team has an abysmal 17-45 record right now, fans have been supportive and patient with the team’s rebuild. Watching the youngsters, like Sexton, evolve has been a fun part of the slow process.

The Cavs are unfortunately expected to miss the playoffs for the second straight season.