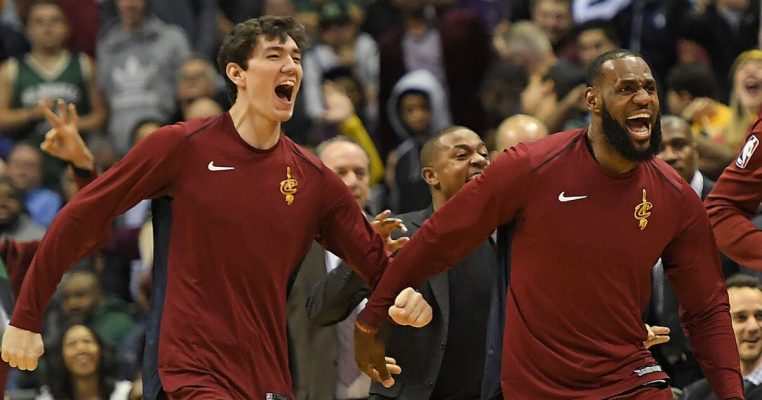 LeBron James is no longer a member of the Cleveland Cavaliers, but that doesn’t mean his impact is no longer being felt.

That may be especially true for Cavs small forward Cedi Osman, who is looking to take a huge leap in his second year in the NBA.

Since training camp began, Osman has been playing as the team’s starting small forward. That means he’ll be responsible for trying to fill the void that James left when he signed with the Los Angeles Lakers back in July.

While that is a massive task to live up to, the Turkish national isn’t doing it alone. In fact, James himself has continued mentoring Osman this summer, despite the fact that the two are no longer on the same team.

In a recent interview with Joe Vardon of The Athletic, Osman revealed his texts with James since training camp started.

“I always text him because I have a good relationship with him, and I have to keep that relationship alive, even if he’s gone,” Osman said.

“[He] knows I’ve been working hard and he said he’s excited to see what I’m going to do this year.”

James and Osman formed a strong relationship last season. That connection reaped massive benefits for Osman when James invited him to join in on an offseason workout with some of the league’s best small forwards including Kevin Durant and Kawhi Leonard. Osman is learning more about being an NBA starter everyday, but he knows that replacing James’ level of production will be a nearly impossible task.

“Nobody can take LeBron’s spot,” Osman said. “I know the front office, coaching staff, everybody believes in me. I want to let them know that they did not make a mistake by playing me at starting small forward.”

Still, Osman is focused on his own game and his own goals.

“It’s going to be a challenge for me because I’m that small-forward position, after LeBron, of course, and people are going to want to see something new,” Osman said. “I’m ready to show them. … For this year, my goal is going to be to make some triple doubles.

“We’ll see, but, of course, those are just numbers.”