Report: Cedi Osman to Be Given Huge Responsibility for Cavs This Season 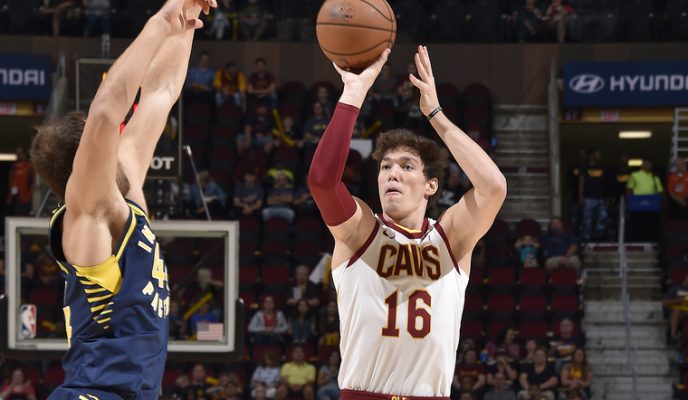 Second-year forward Cedi Osman was already scheduled to see an increased role in the Cleveland Cavaliers‘ lineup after LeBron James left in free agency during the summer.

It now appears that Cavs head coach Tyronn Lue is counting on Osman to be one of the primary aspects of the team’s defense.

Ty Lue says Cedi Osman will be the team’s primary wing defender this season. Even when Rodney Hood (ankle) is back, it will be Osman given the role of thwarting the Victor Oladipos of the world.

Osman has started each of the Cavaliers’ first three preseason contests in James’ old small forward spot. During his first season last year, he offered the team a player who was strong fundamentally and simply needed time to develop in order to make his mark. Along the way, he offered hints that his defensive capabilities would be an asset for a Cavs team that struggled on that side of the ball.

Rodney Hood is another player that’s looking to make an impact this year, though that largely stems from the fact that he can be an unrestricted free agent after the season. Throughout his NBA career, he’s had problems with consistency, but does have defensive skills to contribute. He may also see some time at forward during the campaign.

With that first season under his belt and the Cavaliers having reduced expectations this year, the pressure on Osman to deliver is lowered. That can only help him broaden his defensive skills, which will help slightly blunt the impact of the team having to deal with James’ absence for the year ahead.