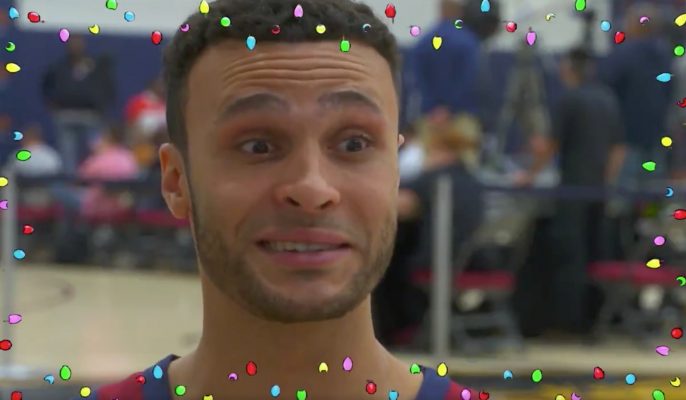 For the first time in over four years, the Cleveland Cavaliers aren’t slated on the NBA’s Christmas Day schedule.

While this may not be ideal for Cavs fans, the players on the team are likely enjoying having the extra time to spend with their families.

Collin Sexton, Channing Frye, and Larry Nance Jr. are among those players and recently shared with Cavs fans their fondest memories of Christmas.

As we gather with our friends and families today – one has to ask: what are some of the team’s favorite holiday memories?
Watch below as @CollinYoungBull, @Channing_Frye and @Larrydn22 share! ?❤️?
Happy Holidays, @CavsWGNation! pic.twitter.com/Z0IuxnrPw4

“My favorite memory of Christmas is everybody together for breakfast and opening gifts after breakfast,” said Sexton.

Frye’s favorite memory involved his son Hendrix, who apparently “squealed like a girl” after opening his present one Christmas morning:

“My favorite Christmas is my son’s second Christmas where I got him a box of Legos and he squealed like a girl, and I remember I used to do that when I was a kid, so it was pretty awesome.”

Last but not least, Nance recalled a time when he was younger and was allowed to open one gift only on Christmas Eve:

“My fondest memories of Christmas are we always had this tradition of you get to open one gift the night before. So that was always so much fun. One Christmas we got Heelys, the skating shoes, so we were skating all around the house causing a mess and stayed up until two in the morning.”

The Cavs’ Christmas celebration will be short, as they have to travel to Memphis on Wednesday night to take on the Grizzlies at 8 pm EST.