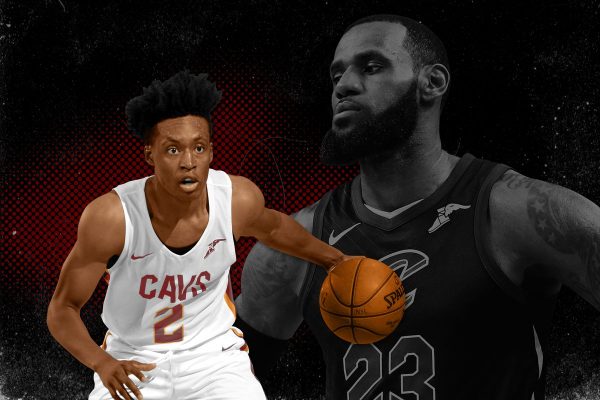 Moments after rookie point guard Collin Sexton was drafted by the Cleveland Cavaliers in the 2018 NBA Draft, he made a pitch to LeBron James to remain in the Wine and Gold. Considering that, you might think that Sexton was disappointed by James’ decision to leave Cleveland and sign with the Los Angeles Lakers.

Instead, the talented youngster sees James’ departure as an opportunity. When asked about what his reaction was when he heard James left, he flashed his competitive spirit.

“Nothing,” Sexton told ESPN’s Chris Forsberg. “I just understood it was time for me and my teammates to step up. Make sure we’re all good and then continue to work hard and get better.”

Surely there is some understandable disappointment to just missing out on playing alongside the best player in the NBA, but James’ departure certainly offers Sexton a better opportunity to grow into a leadership role earlier on in his career.

Next season, Sexton is expected to be one of the Cavs’ primary scorers along the likes of newly re-signed big man Kevin Love.

Sexton impressed viewers at last month’s NBA Summer League. In seven contests, Sexton averaged 19.5 points, 3.5 rebounds, and 3.4 assists. He also shot 42.9 percent from the floor and 43.0 percent from beyond the three-point line.

While no one expects Sexton to enjoy that same kind of success in the NBA right off the bat, it wouldn’t be unheard of. Just last season, several players made the jump from rookies to established stars in their first year in the league.

If Sexton were able to make a similar leap, it would certainly ease the pain of losing James this offseason.