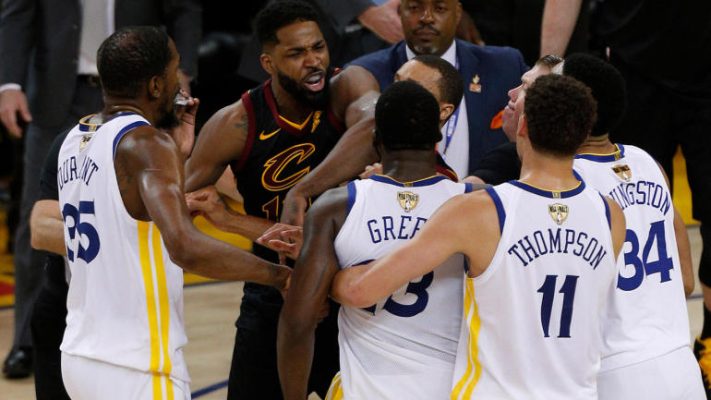 The story about a fight on July 18 between Cleveland Cavaliers center Tristan Thompson and Golden State Warriors forward Draymond Green has garnered plenty of notice on a variety of media platforms over the past two days. In the wake of the reported storyline indicating that Thompson won the battle in a Los Angeles nightclub, Green has taken to social media to dispute that notion.

While attacking the credibility of the story, Green also took a jab at the report earlier on Wednesday about a planned Cleveland parade to honor Thompson for his reported victory over Green. After first simply suggesting that the parade be cancelled, Green then decided to ridicule the Cavaliers’ loss of LeBron James.

At present, there’s been no confirmation that the fight even took place from either Thompson or the two players who reportedly broke up the fight: James and Green’s teammate on the Warriors, Kevin Durant. That currently gives Green some credibility, though it remains to be seen if some other witnesses come forth in the weeks ahead to confirm the report.

What sparked the reported fight goes back to May 31, when the two players nearly came to blows near the end of Game 1 of this year’s NBA Finals. That was after Thompson had just been ejected and Green mockingly waved goodbye to him. An angry Thompson then proceeded to shove the basketball in Green’s face, resulting in players on both sides separating the two players.