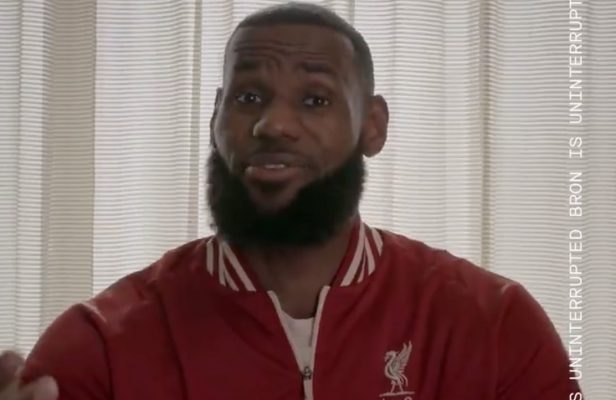 Earlier this month, LeBron James left the Cleveland Cavaliers to sign with the Los Angeles Lakers. He will now continue his career with one of the most storied franchises in NBA history. As it turns out, that legacy that the Lakers hold was one of the deciding factors that led James to choose his next team.

On Sunday, James posted a video via UNINTERRUPTED to share his thoughts about becoming a part of the Lakers organization.

.@KingJames. More than an athlete. pic.twitter.com/aZGthMCEBv

“You look at the Lakers, being able to play for a historic franchise with so much history,” James said. “Now being able to partner with Magic Johnson, someone I kind of looked up to when I was younger, and wanted to make no-look passes like Magic, wanted to get on the break and be showtime like Magic, and then for it to all come to fruition at this point. I think timing is everything.

For Cleveland fans, it is hard to hear James talk so glowingly about any franchise other than the Cavs. For James fans, however, it is good to see how clearly excited the four-time NBA MVP is to begin this next chapter in his life and career.

Hopefully he is able to enjoy a similar level of success in Los Angeles that he did during his second tenure with the Cavaliers.