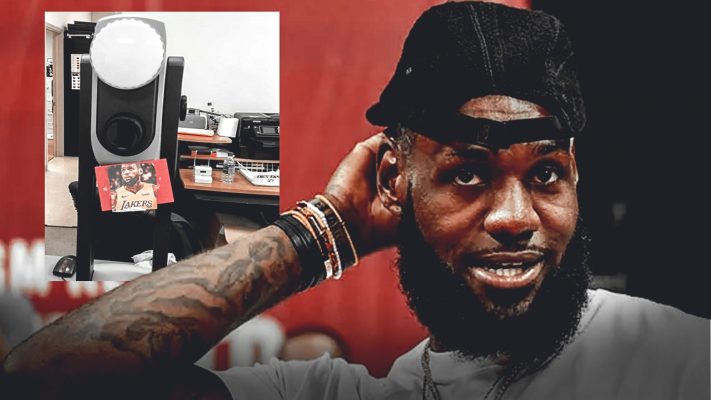 The sting of losing LeBron James to the Los Angeles Lakers in free agency likely hasn’t subsided for many fans of the Cleveland Cavaliers. That lingering lament has resulted in one Cleveland DMV bureau using a particular image to subtly reinforce one of their unwritten rules.

You're not supposed to smile in your driver's license photo … so one Cleveland DMV attached this to the camera. pic.twitter.com/lHdMNgZqrC

While seeing James in a Lakers uniform is an inevitable sight for Cavs fans, they’d prefer to wait until late September to get a glimpse. That’s when all NBA teams will be opening up training camps, with the Lakers’ media day expected to bring hordes of journalists from all over the world to cover the spectacle. In contrast, the Cavaliers’ version will largely be ignored by national media, other than those media members looking for a different angle to the story.

Next month, the NBA will release their schedule for the 2017-18 season, with the Lakers’ visit and James’ return to Quicken Loans Arena undoubtedly scheduled for national TV coverage. Unfortunately, for the Cavs, that will likely be one of the few times they make it into the spotlight. However, unlike James’ previous departure eight years ago, the franchise is better equipped to withstand the devastating blow of losing one of the game’s greatest players.