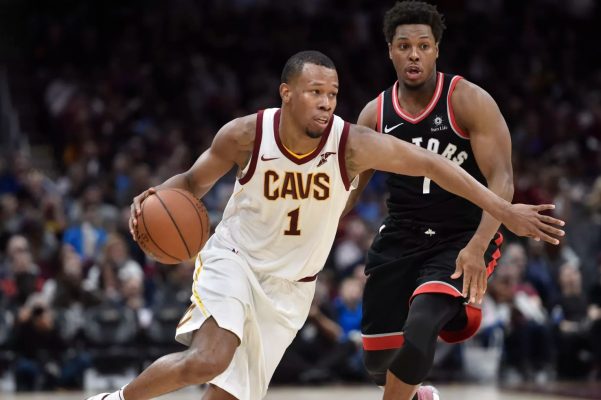 The status of restricted free agent Rodney Hood remains in limbo, with the Cleveland Cavaliers apparently waiting for other teams to decide if the four-year player is worth signing. A new report indicates that the Sacramento Kings have emerged in this process and are reportedly pursuing a deal for Hood.

Jason Jones of the Sacramento Bee wrote that discussions have already taken place between the Kings and Hood’s representatives. The Cavaliers had delivered a qualifying offer of $3.4 million to Hood last month, which allows them to match any deal that either the Kings or some other NBA team may present. According to Jones, the Kings’ pursuit of Hood is in response to the Chicago Bulls matching the four-year, $78 million deal that was made by them to guard Zach Lavine.

The Kings would be looking at Hood to fill a small forward role in Sacramento.

“The 6-foot-8 forward would fill the need for a scoring and playmaking threat at small forward,” Jones wrote “The Kings passed on drafting a small forward when they drafted Marvin Bagley III with the No. 2 pick in last month’s NBA draft over EuroLeague star Luka Doncic of Slovenia.

“The Kings tried to sign free agent Mario Hezonja to play small forward, but he took less money and a one-year deal with the New York Knicks.

“The Kings have second-year small forward Justin Jackson and a collection of guards they can use at small forward if they do not sign or trade for a player at the position.”

Hood was acquired from the Jazz on Feb. 8 as part of a huge overhaul of the Cavaliers’ roster, with the team sending both Jae Crowder and Derrick Rose to the Jazz in the deal. Putting up inconsistent performances, Hood also struggled due to injuries for the remainder of the regular season. Those playing issues continued in the postseason, with Hood’s reputation hitting rock-bottom on May 7 after he refused to enter the Game 4 Eastern Conference semifinal clinching victory over the Toronto Raptors. He saw little action until the last two games of the NBA Finals, where he scored 25 points and grabbed 14 rebounds.

One aspect of negotiations that’s in the Kings’ favor is the fact that they’re currently $19.5 million under the league salary cap. In contrast, the Cavaliers are in a position where they may choose to pass on matching any Hood offer because of their own salary-cap issues.