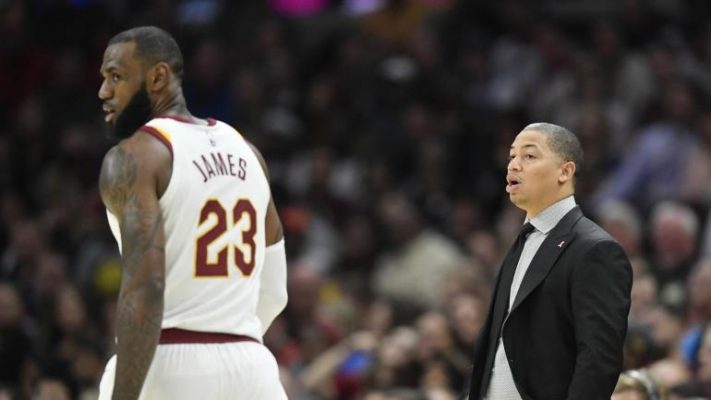 LeBron James’ decision to leave the Cleveland Cavaliers came as a shock to his former coach Tyronn Lue. In an interview with NBA TV, Lue was asked by Rick Kamla about his reaction to James’ departure from the Cavs. The 41-year-old coach admitted that he didn’t expect it to happen.

"I was shocked…. He said this decision was solely for him and his family. I can live with that."

“It was a surprise,” Lue said. “We talked, we had a dialogue all summer, but I didn’t want to ask him those questions. We have a good friendship and I respect his privacy. I respect his decision and we just talked about basketball. We talked about the draft. Things we wanted to get better at next season.

“But I didn’t expect it. When I saw it, I was shocked and hurt a little bit by the decision. But like I said, we talked, and he said I’m his favorite guy. He loved being coached by me, he loved the four seasons we had together, and this decision was solely just a decision for himself and his family, and I can live with that.”

There’s no denying that LeBron and Lue have a good relationship. They won a championship together after Lue took over the head coaching chores after David Blatt was fired. When Lue got sick late last season, James told him that he would take care of the team and the four-time MVP did. He also was very vocal about Lue’s value to the team.

Still, the relationship they have wasn’t enough to make the King stay in Cleveland. Everybody knows that James and Cavs owner Dan Gilbert had a tough time co-existing. It was only a matter of time before the Akron native left. This time, though, he left with the promise of a championship kept, making his decision easier to accept for Cavs fans and his former coach.