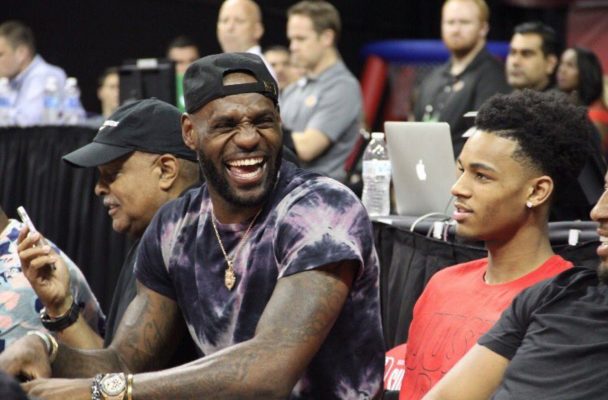 While few players can understand what it is like to enter the league with a bullseye already fixated on your back, Cleveland Cavaliers star LeBron James certainly does. That might be why Ball recently credited James as one of the people who has helped him learn how to best deal with the ups and downs that come with being a young star in the NBA.

Following a Saturday loss to the Utah Jazz, Ball told members of the press that he learned how to lead a team and take responsibility for his team losing during childhood.

“That is how I was brought up,” Ball said Monday after practice. “I am not going to change. … It is a team game; we all play for each other, obviously we win and lose as a team. But I like to take the blame when we lose.”

Ball mentioned his father and former coach as someone who has had a huge impact on how he deals with defeat, but also said that watching James deal with disappointment in his own career had a lasting impact on him as he matured.

“My favorite player growing up is LeBron,” Ball said. “He still plays the same way to the day. He always takes [the blame].”

In the first six games of his NBA career, Ball has shown the kind of ability that led the Lakers to select him second overall in the 2017 NBA Draft. While the Lakers currently sit at 2-4 on the season, Ball has averaged an impressive 10.0 points, 7.7 assists, and 7.5 rebounds per game.

Ball has a long way to go before he’s mentioned in the same sentence as James when it comes to on-court success, but he’d be hard-pressed to find a better role model when it comes to basketball and beyond.