Cavs Fan Sets Himself on Fire While Burning His LeBron Jersey 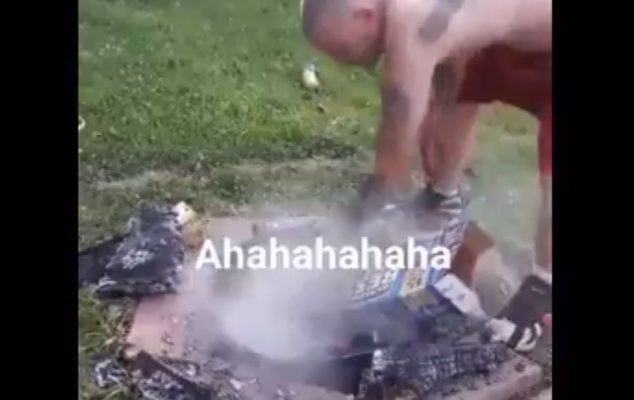 On the first day of free agency, it was announced that LeBron James would be signing with the Los Angeles Lakers for the upcoming season on a four-year, $154 million deal.

While some Cleveland Cavaliers fans were able to accept the decision (as the rumors of James leaving had been prevalent for quite some time now), others were not so willing to move on gracefully.

One Cavs fan went as far as to burn his James jersey in highly combustible fashion, which turned out not to be the smartest idea.

Despite James leaving the Cavs for the second time in his career, the team is in a much better position this time around than they were in 2010. That’s because of all the young assets they currently possess, including the eighth overall draft pick in Collin Sexton.

Cavs owner Dan Gilbert and the front office will have to decide if they want to fast forward to a rebuild and get rid of all their big veteran contracts, or try to contend both this season and on with the current core that they have intact.