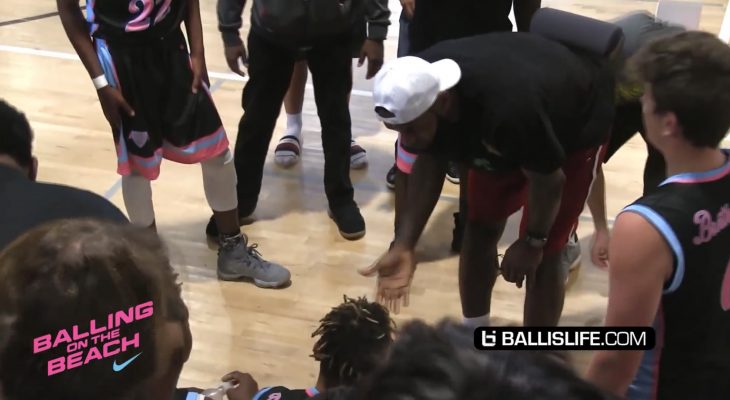 While everyone is speculating which team he will play for when the NBA’s free-agency season starts this July, LeBron James has been busy bonding with his son. James was seen in a Ballislife video fully engaged with his son Bronny’s team, which was vying for a championship. Some might even say that the elder James was actually coaching his son’s team based on how involved he was in the team’s huddle.

At around the four-minute mark or so, the Cleveland Cavaliers star can be seen walking toward James Jr.’s North Coast Blue Chips bench. Not only was he barking instructions to his own son, James was also talking to the other boys about what they could do to win the ball game.

But after the final buzzer sounded, the score showed that the Blue Chips lost the game despite the inspiration coming from the future Hall of Famer. James Jr. will soon be choosing his own high school similarly to how his father is now about to embark on selecting a team that he will play for next season.