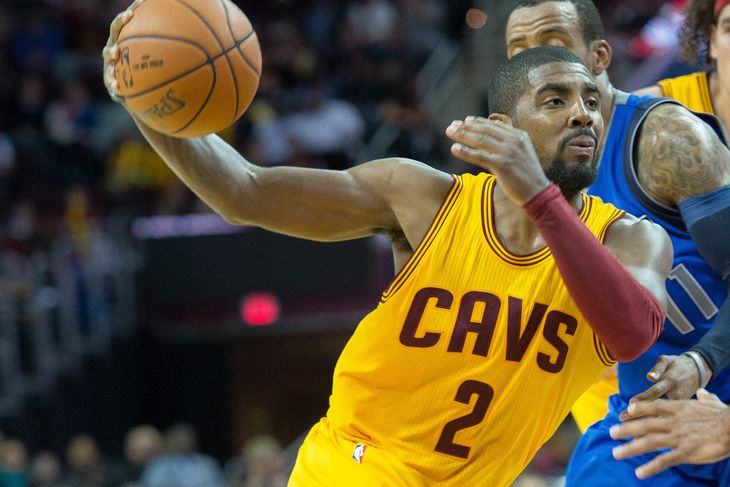 (Cleveland, OH) – On Sunday, January 3, the Cleveland Cavaliers (19-14) take on the Dallas Mavericks (19-14) at Quicken Loans Arena as they head in as seven-point underdogs.

The Mavericks look to add to their four-game winning streak which includes blowouts of the Washington Wizards and Boston Celtics in the previous two games. The streak began with a win against the Los Angeles Lakers a day after Christmas. Dirk Nowitzki and Chandler Parsons followed up that performance with 30 and 26 points, respectively, in an impressive 112-107 win against Russell Westbrook and the Oklahoma City Thunder (December 28).

The Cavs go into Sunday’s game hoping to build off of Friday’s win against the Charlotte Hornets. Nothing suggests any change will occur in superstar LeBron James‘ two week absence with knee and back injuries. Although he’s not averaging the 40+ minutes per game that he often did in his first stint as a Cavalier, the 37.5 minutes per game are a lot for a guy who has already logged 34,000+ in his career.

How David Blatt manages LeBron when he returns will be monitored closely by the Cavs’ front office. This is if Blatt can even make it to the end of the season, something that has already been put into question with rumors hovering around NBA circles and even LeBron himself. With regards to LeBron’s return, Blatt said the following:

“We’re missing the best player in the world right now, we want him to come back fast. But only when he’s healthy.”

“It’s not easy to play with a different roster every night,” Blatt said after the game on Friday. “That’s basically what’s happened to us since Andy [Varejao] went down…what I liked was we competed. We played the game intelligently. We knew how to hold onto a lead when we had it.”

This concern for injury has magnified significantly for Blatt in recent weeks.

“Yeah, you know, every time I see somebody fall down or bend over to fix their shoelaces I’m a little bit worried right now…we’re a little bit on egg shells as far as that stuff is concerned.”

Point guard Kyrie Irving has seen a spike in minutes in the past three games, averaging just over 41 minutes per game. The offense goes as he goes because like Westbrook in Oklahoma City, Irving is a volume shooter (26 per game over the last three games).

Irving emphasized remaining in attack mode even without LeBron after the win against the Hornets: “Error on the side of aggression right now [is important] for our team. That’s just the way it’s gotta be. Kevin as well. Dion as well … just trusting each other with each other’s shot. Trust in the preparation that we all put in going into the game. I have no problem erroring on the side of aggression.”

Looking ahead to tomorrow’s game against the Mavericks, Irving stressed the importance of starting strong.

“We gotta bring it right from the beginning. They’re obviously not going to take it easy on us or any other team going forward. We just need to come out with a defensive mindset first off. And try to get rid of our slow starts in the first quarter. You know they’re a team that can put up 40 in the first quarter and we need to make a stand early and set the tone.”

One thing is clear: the Cavaliers need contributions from their role players. Aside from LeBron, Kevin Love, Dion Waiters, and Irving, Cleveland has struggled to find consistent scorers. Tristan Thompson has had four consecutive games in double figures but has six consecutive games prior where he was in single digits and averaged 6.5 points per game. Mike Miller has been a shell of himself this season, 2.9 points in 17.2 minutes per game is not what LeBron had in mind when he recruited his friend and former Miami Heat teammate. Bench scoring will be critical to match the inevitable scoring of the high-octane Mavericks offense.

Tip-off is 1:00 pm EST and the game will be broadcast on Fox Sports Ohio.

Elijah Abramson is a Bay Area sports journalist and University of California, Berkeley graduate. His work has appeared on various sports websites including Bleacher Report, HoopsVibe, and LA Times. He founded Bases and Baskets, which now has over 25,000 likes on Facebook. You can follow him @ElijahAbramson.