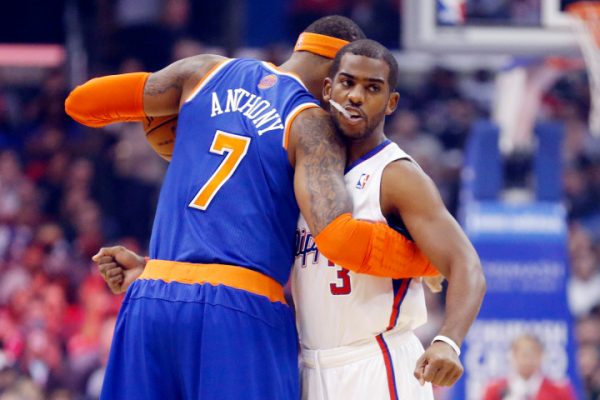 The Cavs have already been linked to both Chicago Bulls forward Jimmy Butler and Indiana Pacers forward Paul George, so it’ll be interesting to see if the team is thinking of adding either Paul or Anthony in addition to Butler or George. But a starting lineup consisting of Paul, Kyrie Irving, Butler, and LeBron James would surely be one that could beat any team in the league, no matter how stacked.

Paul currently has a player option for the upcoming 2017-18 season and the Clippers are expected to make a strong pitch to the superstar point guard, especially with Jerry West now in the front office. Meanwhile, Anthony is still on the books for next season, but has openly said that he’d be willing to waive his no-trade clause in order to go to a contender.

The 2017 NBA Draft is coming up on Thursday, June 22, and George is reportedly going to be shipped before the start of it; so it’ll be interesting to see what takes place after that.