Don't Miss
Home / Rumors / Report: Cavs Are Operating as If LeBron Is Leaving Cleveland This Summer

Report: Cavs Are Operating as If LeBron Is Leaving Cleveland This Summer 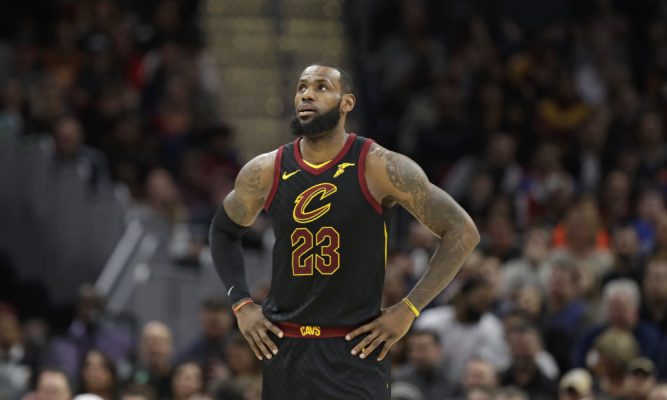 Based on a recent report, it appears that the Cleveland Cavaliers have made it clear that they are ready for the eventuality that LeBron James may be headed elsewhere.

According to ESPN’s Brian Windhorst, recent activity from the front office has been noticeably hinting at a future without their superstar forward.

"From the Kyrie trade forward, a lot of the (Cavs) moves have been toward a post-LeBron future." – Windy

Windhorst revealed in an interview with ESPN Cleveland what his impressions were of the Cavs and their front office.

“From the Kyrie [Irving] trade forward, a lot of the Cavs’ moves have been toward a post-LeBron future,” Windhorst said. “I don’t think LeBron was involved in their draft pick whatsoever. When Koby [Altman] says we’re in the player development business and not the championship winning business, that signals what they’re thinking LeBron is going to do.”

The Cavs drafted Collin Sexton with the eighth overall pick and the selection may have been part of their preparation for James’ departure.

If James is on his way out of Cleveland, the most logical destination for him is the Los Angeles Lakers, but that may be dependent on Paul George signing on to play in the City of Angels too. Should George decide to remain with the Oklahoma City Thunder, then there’s a possibility that James stays in a Wine and Gold uniform since the Lakers will not be in a position to win championships without another All-Star alongside James.